Campbell: I feared for my life 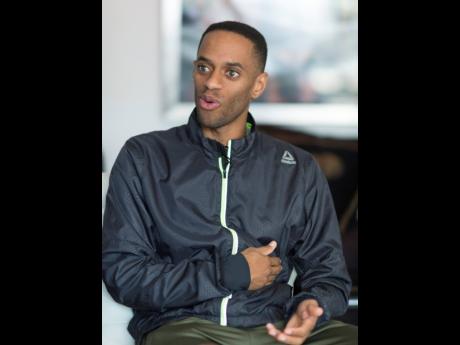 Gladstone Taylor
Olympian Kemoy Campbell touches his left side where an Implantable Cardioverter-Defibrillator (ICD) was installed as a security measure to shock his heart back into rhythm in the event of any abnormalities during his recovery from collapsing in the 3000m at the recent Millrose Games.

Olympian Kemoy Campbell says he is doing much better these days but admitted to at one point fearing the worst – death – after suffering heart failure and ­collapsing, while competing at the Millrose Games in New York in early February.

Campbell, a five-time national champion and national record holder in the 3000m, 5000m and 10,000m, is continuing his recovery after his heart stopped as he set the pace for the 3000m event at the February 9 meet at The Armory.

The athlete, who was heavily sedated for two days after the incident, revealed that there were points when he doubted that he would survive, while noting that he had no prior indications of a heart condition.

“Did I think I would die? That’s very hard to answer. When I was out (unconscious), I couldn’t tell you how I felt, but there were times afterwards when I was in the hospital, mostly at nights when I was by myself, that I started thinking, ‘What if (I die)’,” said Campbell.

“It was scary. I started thinking that I am just 28 years old, and as much as I have accomplished, I feel like I haven’t accomplished anything as yet and made as much impact on people’s life and my family for sure. It scares me thinking about leaving them behind,” Campbell shared, before noting that he had improved significantly since leaving the New York Presbyterian/Columbia University Hospital on February 26, just over two weeks after the incident.

With doctors still struggling to identify the cause of his issues despite conducting several tests since then, Campbell must wait until at least six months to know whether he will be able to attempt resuming his career.

However, the 28 year-old, who says his recovery is coming along well, told The Gleaner that he was still concerned for his future health while sharing his deepest fears.

“I am fearful that this might happen again,” he said. “I am fearful for myself, for my loved ones, and my friends, that this can happen again. At the same time, they put in a portable defibrillator in my body, so if it does happen again, that will help to shock my heart back into rhythm. So it’s an insurance, and that’s what they told me because they could not figure out what was going on, so they decided to give me that insurance.

“I am feeling pretty good. I have definitely improved since I got out of the hospital, and I think there is a lot more improvement to come, but I am taking it easy. I am feeling good, and I am just trying to keep it that way,” said Campbell.