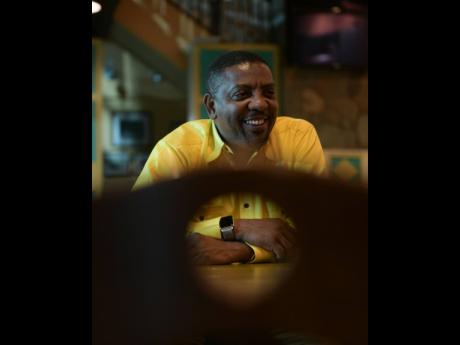 Cricket West Indies (CWI) president, Dave Cameron is confident that he will be returned at the regional cricket authority’s annual general meeting (AGM) on Sunday, so much so, that he is already looking at ways to move the body forward in the coming years.

Cameron, who has been at the helm of West Indies cricket since 2013, is being challenged by Ricky Skerritt for regional cricket’s top post, but the Jamaican is confident that his performance and the overall professional and technical improvements seen in West Indies cricket will encourage his peers to again give him the nod.

Among his plans is to take the ‘Windies’ brand public and push the International Cricket Council (ICC) towards reform geared at helping smaller nations earn more through the international calendar.

Before he gets a chance to do any of that, he must first win an election this weekend.

“If you noticed, I have not been campaigning. We have three of the territorial boards coming out and clearly saying that they are in support of the plans and the way forward. That means we have six of the possible 12 votes.

My understanding is that this means that we can’t lose,” Cameron said, in reference to the Guyana, Barbados and Windward Islands boards, which have stated that they will be supporting him and vice-president Emmanuel Nanthan.

Cameron, who along with Skerritt, made a presentation to the Jamaica Cricket Association (JCA) last week, says the meeting was productive and is expecting the local organisation’s support on Sunday.

He added that if re-elected, his focus will rest squarely on narrowing the revenue-earning disparity between the major Test nations and teams, likeb the West Indies, which do not have the same commercial influence.

“The focus for us is how do we do business. We lost US$22 million last year as a business. Luckily we were able, with relationships we have internationally and regionally, to fund those losses, short term, albeit and we are now trying to put proper finances in place for the medium to long term, while we now go to try to change the economics of world cricket,” added Cameron, who also shared plans to take the Windies brand public in the next two years.

“We are looking to take the Windies public in two years. That, we believe, will bring in some equity, but more importantly, it will get the people in the region owning a piece of something that is very dear to their hearts and emotionally attached,” Cameron said.

“We have a massive gap in our balance sheet. When we took office in 2013, we had a deficit of about US$6 million. We erased that in the next couple of years and built up an accumulated balance of US$5 million.

All of that was eroded last year because of the nature of cricket. That’s the difference of having a domestic broadcaster. It does not matter what your content is, you get money from your host broadcaster.

For example, India is paid a certain amount of money per game irrespective of who their opponent is. In our situation, we pretty much earn all our money from the international broadcaster based on the visiting team.

“So only when England and India visit, we see some money. We should cover the losses this year, but again next year and subsequent years, that will be an issue,” he further explained.

“The four-year cricket has been sold in India, their four-year media rights, they got US$1.5 billion, Australia got $1.2 billion Aussie dollars and the UK got 1.1 billion pounds.

If we do US$50 million plus production, we would have done extremely well, and so that is the massive disparity, and it causes a lot of issues, obviously,” Cameron added. “We are not saying our media rights should be a billion.

We live in a poor region, small region as well, but on top of them copping all the rights, they also have all the ICC events where they get massive hosting fees, gate receipts, and a proportionate share from ICC as well, So we believe those actions are inequitable, and those are the things that we are focussing on.”

Each of the six territorial bodies, Jamaica, Trinidad and Tobago, Barbados, Guyana, Leeward Islands and Windward Islands will have two votes at the AGM, with either candidate needing a majority to be declared winner.

Trinidad and Tobago and the Leeward Islands have supported the candidacy of Skerritt and vice -president hopeful Dr Kishore Shallow. With three of the remaining boards supporting Cameron and Nanthan, the Jamaica votes will prove crucial in the outcome of the election.