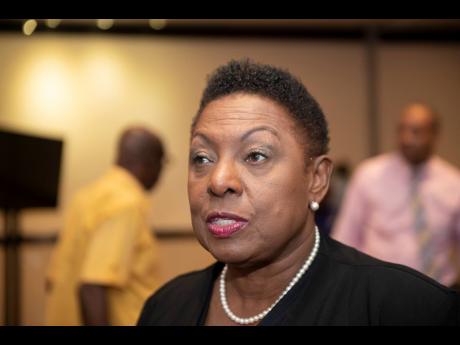 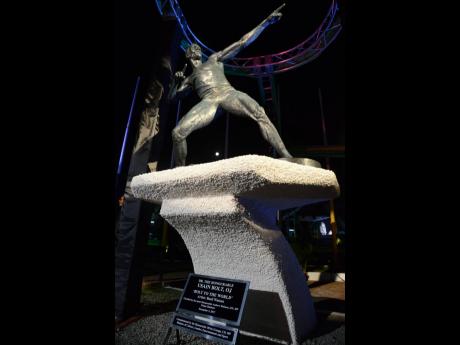 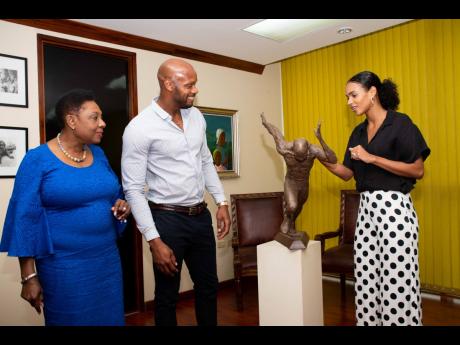 Sport Minister Olivia Grange says that plans are being made to commission more statues in the near future commemorating the success of local athletes.

Grange was speaking at the statue unveiling of former world record holder Asafa Powell at Independence Park on Sunday. Powell’s statue was the last of the Ministry of Sport’s Jamaica 55 legacy project which recognised the accomplishments of Jamaica’s athletes.

She said that she was pleased with being able to complete the initiative which started in 2017, and that she is targeting more statues to be commissioned to honour other Jamaican athletes.

“I’m happy that we made a commitment,” Grange told The Gleaner. “We publicly stated that we would commission four statues, four legacy projects coming out of Jamaica 55, and celebrating the achievements of our athletes. And I am happy to say we have done it.

“Going forward, we hope to do more statues. We hope to develop a criteria and I will put a team together. And out of consultations and discussions, we will identify other personalities for whom we will commission statues. But I am happy about what we have done so far.”

Usain Bolt, Shelly-Ann Fraser-Pryce and Veronica Campbell-Brown were all honoured with statues by Basil Watson, which were installed at the National Stadium. While Grange acknowledges that there are other athletes who are deserving of the honour, she has assured that there will be more initiatives done to recognise their triumphs. Additionally, she says that the method used are far-reaching in celebrating the legacy they have left for the nation.

“There are a number of other athletes who are deserving,” she said. “But they all couldn’t be done at the same time. And this is why I’m saying that there will be more statues. There will be more things done in honour and in tribute to the achievements of our athletes and our artistic people.

“Monuments are important. Monuments are lasting, and as we go forward, there will be more monuments in honour of our athletes.”

Grange has accepted the areas of potential criticism concerning the frequency of statues made, and which athletes should be next in line to be similarly commemorated. But she said that there should be no debate about the quartet who were initially selected.

“People will always be critical,” she said. “They will say this one statue should have been done instead of the other. But these are things one has to be prepared for. No one can really question and state that four athletes whose statues were commissioned, that they were not deserving,” she said.