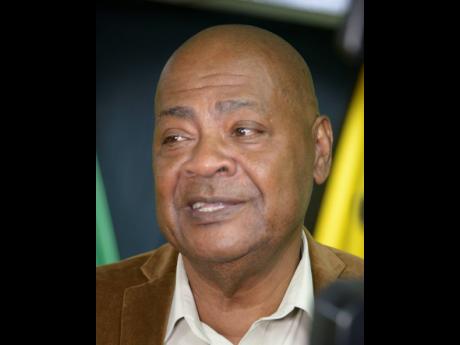 Two Reggae Boyz squads will get the chance to showcase their skills in two specially arranged practice matches next month. This was announced yesterday by Jamaica Football Federation (JFF) president, Michael Ricketts, at a press conference held at the federation’s head office in New Kingston. Jamaica’s senior men’s team will face Bermuda on March 11 at the Montego Bay Sports Complex before going up against the autonomous Catalonia region in Spain on March 30. The squad for the Bermuda game will be made up of local-based players while the squad that will travel to Catalonia will consist of English-based professionals.

“Our agent has been working with us in this regard (Catalonia game), as we do need some aid for our qualifiers which start in August. We made contacts and they were very receptive and excited about the prospect of connecting with our Reggae Boyz and the contract has been signed and the arrangement finalised.

“We will be in England for three or four days before we go to Spain, so we will have a camp for a few days in London. Coach (Theodore) Whitmore will be looking at some English-based players who have expressed their interest in representing the Reggae Boyz, so we will meet that squad in England and the coach will make his determination of who he has an interest in and make his selection before we go to Spain to engage Catalonia.

“Coach Whitmore has indicated that he is seeking players for specific positions, so he will use this game to look specifically at players to fill these spots,” he declared

The Jamaica team is expected to get in the hexagonal final round of the Concacaf World Cup qualifiers which begins in August and the game against Bermuda should kick start preparation and Ricketts said the two games should provide the impetus and motivation the nation needs to put their full support behind the Reggae Boyz for the 2022 qualifying campaign.

Ricketts also revealed that Cavalier FC’s technical director Rudolph Speid and chief financial officer at Supreme Ventures Limited, Dennis Chung, have become the latest board members of the JFF. Chung will be the new finance chairman and Speid the new technical committee chairman.

“Mr Speid and Mr Chung are the two new members of the board of directors. We thought about this long and hard, we want to get people on board who could make a positive impact as these are two areas that can make and break your football,” he said.