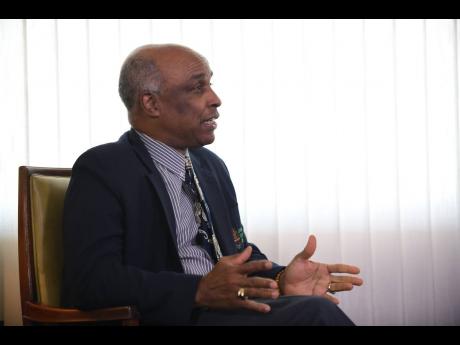 Samuda underlined that he supports the creation of athlete commissions and believes that they serve as a bridge between the two parties, adding that he has encouraged sporting associations to ensure that athletes are part of their executive body so that they can have a voice in the policymaking process.

“We have always encouraged athlete democracy and athletes’ representation, and clearly, when you look at the commission, it has, in fact, housed an objective that will serve the athletic community very well,” Samuda told The Gleaner. “So you have to develop those democratic structures within the commission so that effective representation can be achieved and there can be multifaceted dialogue between the administrators and the athletes as well as the federations.”

Samuda gave examples of athlete representation, highlighting Paralympian Tanto Campbell as the first athlete on the executive board of the Jamaica Paralympic Association (JPA) with a vote. According to him, an athlete has served on the board of the JPA for the last eight-10 years.

He also believes that athletes commissions and, by extension, sporting democracy, is another step towards professionalising the sporting industry in Jamaica.

“It is not a question that it is going to be contentious. I think the democracy of sport and how sport has evolved recognises the right of athletes for representation, and in doing so, you have to give that right a structure and you have to give it framework,” Samuda said.

He hopes that other federations will be able to adapt to the times and ensure that they are properly represented.

“We say to our fellow federations and associations, evolve as sport has universally and ensure that there is representation on your board,” he said.