Massive transfers a thing of the past – García 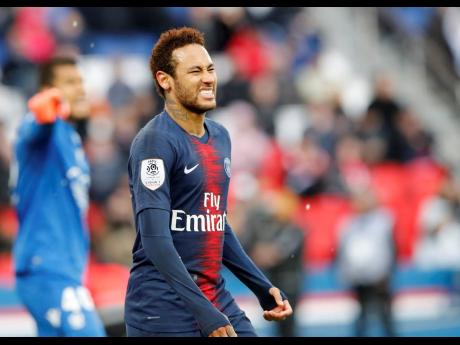 Former Barcelona and Atlético Madrid midfielder Luis García says that clubs paying massive transfer fees for players could be a thing of the past as a result of the effects that the coronavirus pandemic has had on global football.

Garc ía was speaking on Wednesday during an online Zoom press conference that The Gleaner was invited to, which also involved other ambassadors, ahead of the return of Spain’s LaLiga. The league returns next Thursday, June 11, with third-placed Sevilla hosting 12th-placed Real Betis. All matches will be played with strict health protocols and without fans in attendance. Its return means that all four major European leagues will attempt to finish their seasons.

Spain’s current domestic campaign has been on hiatus since March because of the coronavirus pandemic, resulting in a significant financial toll on teams, with clubs such as Real Madrid, Barcelona, Espanyol, and Atlético Madrid administering pay cuts to cope with the fall-off.

“The economy had a blow because the clubs haven’t received money from different places. It’s probably true that we probably won’t see, in the future, this kind of transfers for $100 million, $150 million for a player,” said the former Atlético Madrid and Liverpool star.

The most expensive transfer in football history remains Paris Saint Germain’s (PSG’s) acquisition of Brazilian forward Neymar from Barcelona in 2017 for a reported fee of €222 million. French star Kylian Mbappe is second as PSG reportedly paid €145 million to secure his services after his loan deal from Monaco expired in June 2018.

Most recently, Portuguese forward João Felix moved from Benfica to Atlético Madrid for a reported fee of €126 million, making him the third most expensive player in history and, at the time, the second most expensive teenager behind Mbappe.

While García believes that there could be instances of clubs spending similar amounts of money for quality players, he expects that business in future windows will change.

“At the end [of the day], the talent, the quality of the player, is going to be at the top, and because someone is there to pay for it, yes, we are going to see, again, one or two [of those type of signings],” he said. “But you are not going to see, anymore, these massive transfers in the future.”