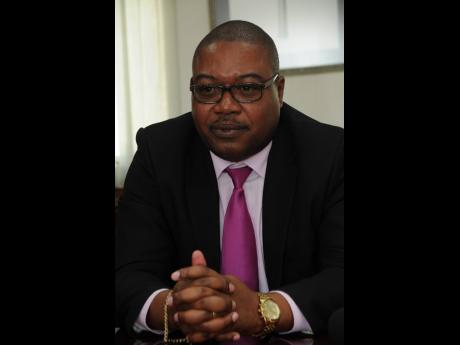 The picks confirmed what chief selector Junior Bennett told The Gleaner on Monday that the franchise would be going without an overseas pick for the new season. Instead, they have gone ahead with the acquisition of the 23-year-old St Elizabeth fast bowler Smith, who represented the Trinidad & Tobago Red Force this past season and the retention of the St Mary batting all-rounder Williams, who played four games for the Scorpions.

The two players have now completed the 15 contracted players for the Jamaica Scorpions for the upcoming season with four players retaining ‘A’ central contracts, four ‘B’ contracts and seven ‘C’ contracts.

CEO Courtney Francis believes the selectors and the coaching panel have put together a formidable unit.

“We are pleased with the selection based on our mandate and we will continue to give the coaching staff and the players all the support. The COVID-19 situation has forced territories to shift their focus to home-grown players and we will be utilising the time to develop our local talent and complement these 15 players with four or five Under-23 players to build a deep unit and fine-tune our preparations for when cricket resumes again,” said Francis.

The Jamaica Scorpions have been having a resurgence under new coach Andre Coley and assistant Nikita Miller, with the franchise improving on their fifth-place finish in last year’s four-day tournament to end up joint third in this year’s competition.

With that in mind, Francis believes the Jamaicans can go a step further and challenge for silverware when cricket gets the green light to resume.

“I have discussed with the coach and the mandate for him is to win tournaments, whether it be the Super50 Cup, which is next on the calendar or the regional four day. One thing for certain, with this squad that we have including the addition of the CWI contracted white-ball players, we are supposed to be competing for trophies,” added Francis.

Francis confirmed that the Scorpions squad resumed training on Monday albeit in a scaled-down fashion. Only four players have been allowed to practise for three hours per day.