Convince us - Parents concerned about resuming school sports in September 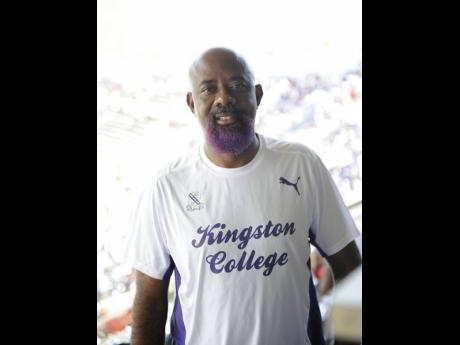 AS LOCAL sports administrators work towards a return of competitive sports, National Parent Teachers Association of Jamaica (NPTAJ) vice president, Stewart Jacobs, warned that there are still major concerns regarding the resumption youth sports for the upcoming academic year.

Sporting events have been suspended or cancelled since March because of the local outbreak of the coronavirus disease. Events involving students at every level have not been spared, with the cancellation of the Inter-Secondary School Sports Association (ISSA)/GraceKennedy Boys and Girls’ Athletics Championships highlighting the affected competitions.

With the relaxing of measures geared at limiting the spread of the virus set to continue with the reopening of schools in September and the schoolboy football season set to begin shortly afterwards, Jacobs says that parents will prevent their children from participating in sports until they can be assured of their safety.

“The fundamental question is, how are schools prepared to protect their children from COVID-19, as it is now and how are they prepared if there is a spike? So the question they (parents) are asking is should we curtail all sporting events until January and concentrate on the academic side of reintegrating them into the academic side of school?” Jacobs reasoned during an interview with The Gleaner.

Jacobs pointed out that protocol for training and competition along with several other elements such as testing and sanitisation systems would need to be implemented. He also questioned whether or not most schools would be able to afford putting these things in place.

ISSA and the Jamaica Football Federation will be hosting a health and safety training protocol meeting tomorrow via ZOOM, but Jacobs underlined that parent-teacher associations (PTAs) should be involved in crafting a framework that can be presented to the parents for them to make a decision.

“It would be good if the PTAs meet with the coaching staff to design the protocol and then present that to the parents and let the parents say, ‘ I’m OK with that.’ The same way the parents are comfortable to send their children to school now to do the CSEC and CAPE exams because the protocols were shown to them.”

“If the authorities convince and show us that all the protocols are in place and that it is OK for the sporting events to go on, then certainly I would encourage [parents] to let their children participate,” Jacobs said “Because if professionals are following the protocols and they are going out there to play, then our students can do so ... it just might be the new norm.”