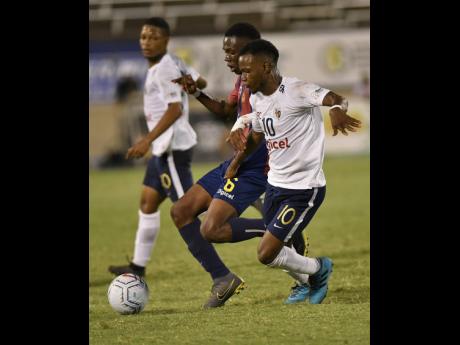 National Parent-Teacher Association of Jamaica Vice-President Stewart Jacobs is advocating for the testing of high-school athletes as a primary condition for youth sports to return in the next school year.

Youth sports have felt the effects of the outbreak of COVID-19 since March, with the cancellation of the ISSA/GraceKennedy Boys and Girls’ Athletics Championships and suspension of other ISSA (Inter-Secondary Schools Sports Association)-sanctioned competitions.

Jacobs says that the first priority must be testing for children before any return to competitive sports can be contemplated.

“I think every athlete who is going to represent his or her school should be tested for more than one reason, that you don’t spread it; and remember, it affects that respiratory system,” he said. “Therefore, you want to make sure that the child is not carrying the symptoms.

“The first thing should be that testing be done by all athletes and coaches, and the management team that is going to be in and around these students. That should be the first point of protocol.”

Jacobs is also concerned about whether schools will be able to execute any health protocols proposed, because of financial difficulties.

“There are going to be more stringent measures to be put in place,”he said. “In addition to the stringent measures, it’s going to come with a cost. Some schools are already strained by the fact that there is no school fee that parents pay [and] that usually comes into the schools’ coffers to offset certain expenses.”

Students are expected to return to the classrooms for the new school year in September as part of the phased reopening of the country with the 2020 schoolboy football season scheduled to take place afterwards. ISSA is developing a plan for the season that is expected to be presented to schools by month end. Jacobs says that the actions taken by the recent return of the major European football leagues will establish a precedent as to how to proceed.

“They might have to cull some events and say that we can’t afford it for this school year, because of the fact that it is considered a minor sport,” he said. “So the major sports just might get the go-ahead. It’s going to be unfair, it’s not going to give children opportunities, but decisions have to be made.”