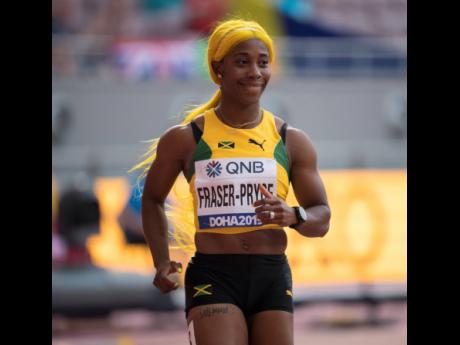 Four-time 100m World champion Shelly-Ann Fraser-Pryce says that she is excited about advocating for change in track and field as a founding board member of newly created Athletics Association.

The independent all-athletes union was officially launched yesterday by outlining a list of objectives, which include ensuring athletes rights and seeking an “athlete-first approach” to athletics.

Fraser-Pryce said that her new role will allow her to fight for other small nations that could be negatively impacted by decisions from World Athletics, the sport’s global governing body.

“I am more so proud as a Caribbean athlete to form part of the executive board as with many athletes from small and developing nations, we are more likely to be disenfranchised by the decisions made in our sport,” Fraser-Pryce said in a press release. “I wanted to be a part of an organisation that will represent the voices of all athletes from both large and small countries and across all disciplines.”

The creation of the union was in response to the changes to the 2020 Diamond League format announced last year by World Athletics, which saw the removal of specific disciplines from the Diamond League final, such as the 200m, 3000m steeplechase, discus throw, and triple jump.

The association announced its intention to lobby for the events to be restored.

Fraser-Pryce said that all events must be treated equally and that any exclusions will affect athletes’ earning potential.

“There is no hierarchy in track and field,” she said. “All events are equally important, and so are the athletes who compete in them. Athletes competing in these areas deserve the same broadcast time, coverage, and effort as any other event.”

Multiple-time Olympic and World triple jump champion Christian Taylor, who will serve as the group’s first president, says that the association will be the vehicle to ensure that World Athletics honours what it says is its commitment to putting athletes first.

“We are ready to contribute to the growth of the sport that we love, ensuring that athletes are part of the decision-making process,” he said. “This association is for the athletes, by the athletes, and we are determined to make a real difference.”

Jamaica Athletics Administrative Association president Dr Warren Blake said that while clarity will be needed as to how the new group will interact with World Athletics, which has an athletes commission, being unionised can unlock better earning potential for all athletes.

“I see a role for an athletics union because there are lots of opportunities for athletes to earn more money, and it cannot be just the fact that only the top players in any given event can earn a living wage,” he said.

- Lobby World Athletics and the Diamond League stakeholders regarding the changes to the Diamond League schedule that were announced for 2020. We will offer suggestions and alternatives that would include all stadium disciplines and would benefit athletes and fans, as well as the long term interest of this diverse and wonderful sport.

- Gain a seat at the table with World Athletics to command real involvement and power when it comes to decision-making in the sport, as we look to amplify the voices of our members and athletes all over the world.

- Announce the Athletics Association’s welfare charter, highlighting our commitment to improving the conditions for athletes across a range of issues.

- Solidify our membership package that will begin in January 2021 and will offer access to courses on issues such as financial literacy and life after Athletics, and also discounts on products.

- Present World Athletics with innovative ideas for the growth of the sport.