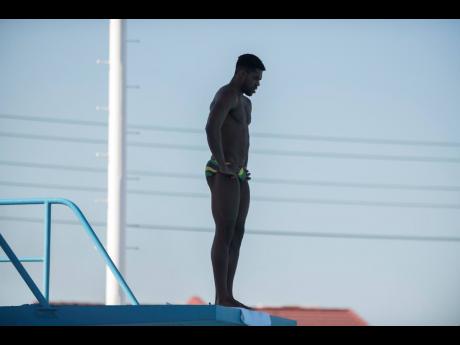 While committed to the growth of local diving, springboard diver Yona Knight-Wisdom says that he is still deciding how best he can serve the sport after retirement, and if that would involve being a national coach.

In determining his plans for after retirement, Knight-Wisdom said that while he has had an interest in coaching for some time, he is unsure if it is a role that would be best suited for him to continue the growth of diving in Jamaica.

Knight-Wisdom says that there is need for a local framework to develop talent which would including having a national coach present in building the programme from the ground up.

“I am comfortable that I have a lot of diving knowledge, but I don’t know if I’ll be able to run and manage and develop an entire programme,” he said. “I don’t know if that is going to be in my skill set.”

He also recalled the advice given to him by his father when he decided to represent Jamaica in 2012.

“From the start, my dad basically told me that it was bigger than just me,” Knight-Wisdom said. “I know I am just trying to promote the sport worldwide and in Jamaica, because it is bigger than just me. It’s more than just my achievements, because my career will be over soon and if I don’t do anything, there will be no one there to pick up where I left off. And that’s what I really hope for.”

Knight-Wisdom will return to the pool for full training this week as aquatic facilities in Scotland, where he is based, were given clearance to reopen. Facilities were closed in March because of the COVID-19 pandemic.