All in the head - Local interest in concussion substitution trials 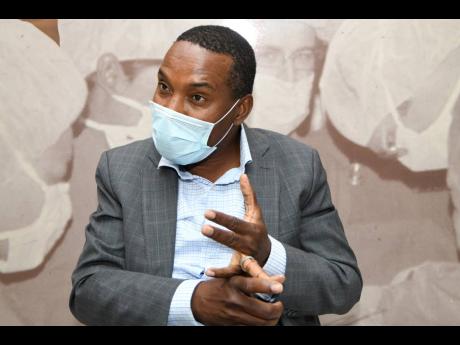 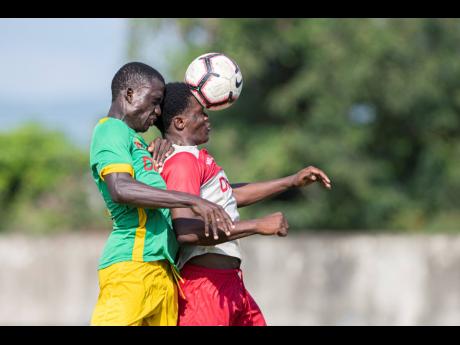 File
There is a clash of heads as St Jago’s Jalando Williams (left) challenges Mona’s Brian Mullings for the header in a Walker Cup football match at the Spanish Town Prison Oval on Friday, November 8, 2019.
1
2

Jamaica Football Federation referee department head Victor Stewart said that they would not have any issues applying to take part in the concussion substitution pilot programme, as long as guidance is given to its application in matches. His...

Jamaica Football Federation referee department head Victor Stewart said that they would not have any issues applying to take part in the concussion substitution pilot programme, as long as guidance is given to its application in matches.

His comments come as the English Premier League (EPL) announced on Friday that it will be implementing permanent concussion substitutions starting February 6, which will see teams given two replacements, in addition to their three regular subs, in each game for concussion-related incidents.

Additionally, the measure will be available to those participating in the FA Cup, Women’s Super League and Women’s Championship. The International Football Association Board green-lit the trial last December, a few weeks after head-related injuries to Arsenal’s David Luiz and Wolves’ Raul Jimenez in their game last November.

England is the first country that has applied and was granted permission to take part in the programme and Stewart said that Jamaica could be a part of the process should other regional nations make similar requests.

“We would not be against it. We just need to be updated on the protocols and the procedures and once that is in place, we will be good to go,” Stewart said. “Once they start to implement it, then we get a heads-up to the procedure in order to carry out the action.”

Neurologist Dr Carl Bruce has welcomed the commencement of the pilot programme for concussion substitutes, noting that it will accelerate efforts for similar unified protections for all local athletes, regardless of disciplines.

“It’s long overdue based on what we’ve learnt about concussions retrospectively from the many athletes, who have suffered them over the years,” Bruce told The Gleaner. “I think even as a pilot project, we are heading in the right direction because if we put athletes’ safety first, then whatever knowledge we gain from it (the pilot), we can use it to improve the sport and also to make it safer for everyone.”

The February 6 game between Aston Villa and Everton will be the first EPL game to use the new measures.

Bruce says that a potential restart of the Jamaica Premier League could be an opportunity for the JFF to evaluate the measure and help to contribute to its fine-tuning, noting that he would be willing to provide assistance, should it be phased in locally.

There has been criticism of the use of permanent substitutions rather than temporary ones subject to the assessment of the affected player(s).

Bruce said that while those concerns are valid, testing the measures in real situations will help to streamline the process.

“I think the concern (is) whether or not it could be misused and so I believe what you will see, having familiarised, themselves with the different protocols in terms of how you diagnose a condition, that you would probably see doctors and trainers working with the match officials to ensure that it is properly (used), “ Bruce said. “And you will never know unless you are in a game situation.”

• Brain injuries cause more deaths than any other sports injury.

• 87% of professional boxers have sustained a brain injury.

• 5% of soccer players sustain brain injuries as a result of their sport.

• An athlete who sustains concussion is 4-6 times more likely to sustain a second concussion.

What is a concussion?

A concussion, also known as a mild traumatic brain injury (MTBI), is caused by a bump, blow, or jolt to either the head or the body that causes the brain to move rapidly inside the skull. A concussion changes how the brain normally functions.