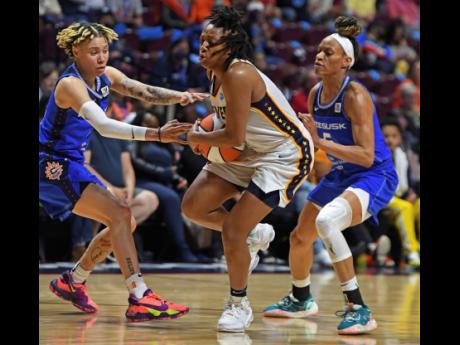 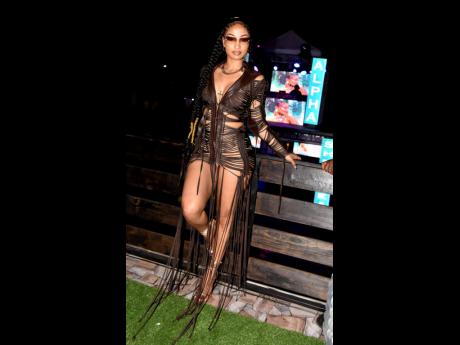 “I am especially honoured to be a part of something that supports other strong women, and this collaboration represents everything that I want my music to be – music that empowers and uplifts people,” Shenseea had said after being announced as the official music ambassador for the Suns.

Shenseea’s Sun Comes Up struck a chord with the Sun, who will be using the song as the music in the video the team uses at the start of each game.

“I’m so excited to be teaming up with the Connecticut Sun with a song that is so close to my heart, Sun Comes Up,” Shenseea had said.

“Like a seed in the soil, you just haven’t grown yet/The power you hold, you don’t even know yet,” reads the opening lines of the inspirational banger.

Franchise president Jen Rizzotti said the organisation was excited to have Shenseea as its music ambassador for the team’s 20th anniversary.

“We have been working on ways to use our platform to highlight young artistes and bring fans an elevated experience all season long,” said Rizzotti.

Shenseea is signed with Rich Immigrants/Interscope Records, and has ascended through Jamaica’s dancehall ranks over the span of five years to become one of the genre’s most highly requested artistes.

In the time since she became Interscope’s first dancehall signing, Shenseea has collaborated with a vast array of artistes from different genres such as Megan Thee Stallion, Young Thug, Shaggy, Sean Paul, Kanye West, Christina Aguilera, Santigold, Masego, and many more. Most recently in March 2022, Shenseea released her debut album, ALPHA, which includes her single Lick featuring Megan Thee Stallion, as well as features from Offset, 21 Savage, Tyga, Sean Paul, Beenie Man, and others.

The Sun, who are currently ranked third in the WNBA, defeated the Indiana Fever 94-85 on Friday night for three victories on the trot.

The win was an all-round performance with DeWanna Bonner grabbing 18 points and Alyssa Thomas adding 17 for Connecticut (3-1), which put six players in double figures. DiJonai Carrington and Brionna Jones scored 11 apiece, while Natisha Heideman finished with 10.