#NationalTrials2022 | Prince eager to prove himself among the big boys 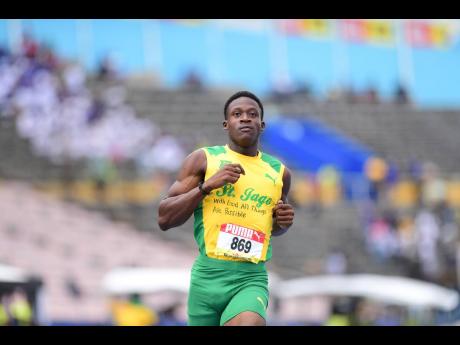 St Jago High School quarter-miler Gregory Prince, who got his first taste of senior competition during the Men’s 400m at the ongoing JAAA National senior Championships at the National Stadium, is eager to prove he belongs among the pros.

Prince, 19, produced a personal best of 45.73 seconds, which marks the third fastest qualifying time heading into the semi-final round on Saturday evening.

He s admitted to feeling nervous ahead of his first major championship at this level.

“I was pretty nervous, but I know I have to go out there and just do it,” he said.

Prince, who felt the pressure of not only rubbing shoulders with seasoned veterans, but also the afternoon heat, said that having Olympian Bertland Cameron as his coach is a blessing.

“He has won titles and he is an [Olympic medallist], so I think he is the best coach for me," Prince said. "I'm not looking for times, I just want to win, so when I actually win, the time will come after.”

Prince recently announced that he will be attending Texas Tech University in the United States of America.