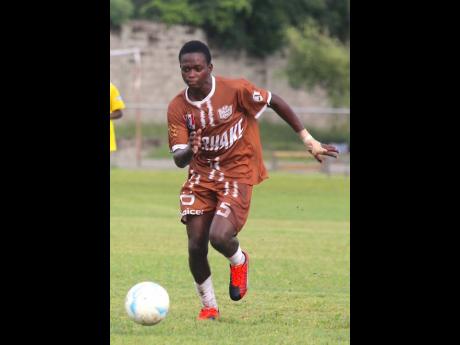 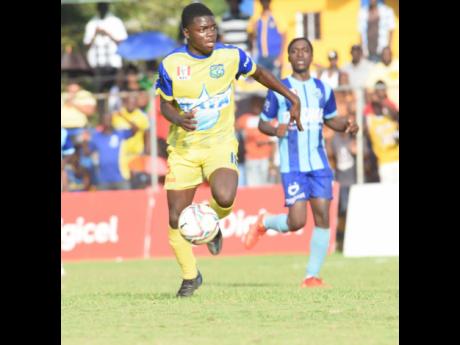 The ISSA/Digicel daCosta Cup title could represent more than just football for both finalists this year.

Favourites and nine-time champions Clarendon College will be playing with heavy hearts and will want to win it for their team’s assistant manager who passed away in a motor vehicle accident on Thursday while Central High School are hoping their fairytale season will have a happy ending.

The daCosta Cup final, set to kick off at 4:30 p.m., will be the feature match of a doubleheader at the St Elizabeth Technical Sports Complex. In the opening match at 2:15 p.m., Edwin Allen High and Glenmuir will clash in the Ben Francis KO final.

Coach Lenworth Hyde is confident that Clarendon College’s players will have the desired motivation to overcome the death of beloved assistant manager Neville ‘Manny’ Peart to win the daCosta Cup. He said they will undergo continuous professional counselling up to the start of the final.

“We have to dedicate this one to Mr ‘Manny’, so we have to use that as a motivation for them to win it for him. We are also coming off a loss against Kingston College (KC) so that alone should motivate them to bounce back to try and get that silverware,” Hyde said.

Despite coming into the game on the back of a loss to Kingston College in the semifinals of the ISSA Champions Cup, Clarendon are huge favourites because in the last 20 minutes of that game they showed real courage to score twice after being 4-0 down.

Central High coach Jermaine Douglas is hoping his boys can create their own luck to turn the tables on Clarendon who defeated them 1-0 in the quarterfinals of the competition.

“Once we are here the objective is to win,”Douglas said yesterday. He praised his team for their performance this season.

“I think from here regardless of the result in the final, we are winners because we would have exceeded all expectations except for a few of us who thought it could happen,” said Douglas.

“The goal they scored (in the quarterfinals) was down to an individual error. We are hoping we can get a fair level of concentration from the boys to prevent individual errors and hopefully this time around we will come out on the other side,” he added.

“This would be the ultimate for the school, this Ben Francis is a legendary Cup. The school and the community want to see us develop better in football and we have been doing well so far. People know about us in track and field and winning back-to-back football titles would do so much for the football culture we are trying to build,” Burton said.

After a decade-long silverware drought for the school that was a schoolboy football giant in the 1990s and early 2000s, coach Andrew Peart said lifting the Ben Francis Cup title would bring back some glory to their football programme.

“There is no better way to sign off the season than with a piece of silverware. For us, it’s about focusing on the details that we need to execute in the game,” Peart said.

“This experience and actually winning would do well for the boys. It would boost the confidence and belief of the boys to know that they have won something and can move on to challenge for other things next season,” he added.