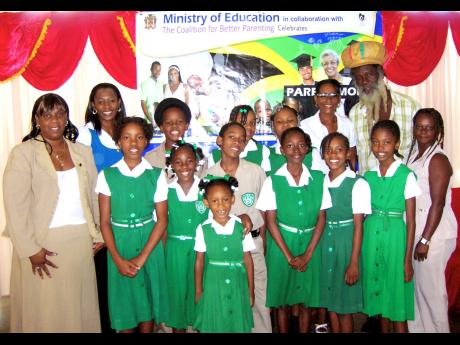 Teachers, parents and students of the Maryland All-Age School in Hanover after a successful parenting workshop at the school. 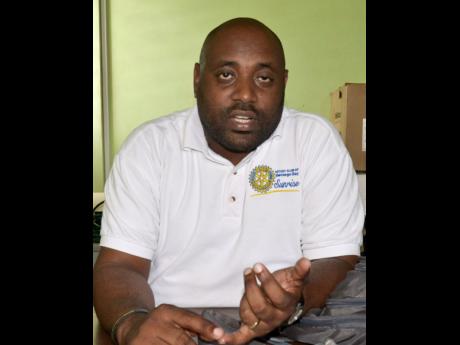 Several key stakeholders in social agencies in Hanover are expressing grave concern about the damaging impact that adults with poor parenting skills are having on the growth and development of the children in the parish.

According to Mashario Bisasor, parish manager for the Social Development Commission (SDC) in Hanover, the situation, which he says results from factors such as high fertility rates among adolescents, is so serious that it has been ranked as the number-one social problem afflicting the parish.

"From our CDC (Community Development Committee) conference at the start of the year, in which we had representatives from 31 of the 36 communities across the parish, a number of issues were outlined. And these issues, when prioritised, we realised parenting was number one.

"... The parenting issue has to do with the age group of the parents, that's number one ... it is very, very young persons - adolescents," said Bisasor. "It is also the issue of finances and learnt helplessness, and people just don't care. You find out that parents will live a few chains away from the school and they can't walk down the road to collect the school's report, but you will see them later at the dance ... the priorities are so wrong."

Donmarie LaTouche, the Ministry of Youth and Culture's youth empowerment officer for Hanover, said there was a prevalence of "babies raising babies" in the parish, noting that ill-preparedness for parenthood was a key problem.

"When you go to parenting workshops and you look at the population of parents, there are much more younger parents under 30, and if they are even past 30, they are not beyond 35," said Latouche. "... and when you look at the age of the children, say 13 to 15, you realise that they would have had the child from their early or late teens."

The last Reproductive Health Survey commissioned by the National Family Planning Board in 2008 revealed that across parishes, including Hanover, about 67 per cent of the pregnancies in women within the 15 to19 age group were mistimed, unplanned for, and another 15 per cent were unwanted. The survey also revealed that approximately 32 per cent of young adult females (ages 15 to 24) who have ever been pregnant became pregnant while in school.

LaTouche said some of the behaviours exhibited publicly by adolescents have been shocking and has recommended widespread staging of parenting seminars, which she said is needed to help address the situation.

"I stepped into an eighth-grade class for an empowerment session at a school the other day and I stood there in a daze," said Latouche. "It was predominantly female ... . I couldn't understand how I'm standing in an eighth-grade class and it feels like a garrison ... . You had youngsters sitting in there cleaning their Clarke's (shoes), eyebrow shaved neat, skin toned (bleached), females boisterous, loud and aggressive, using profanity ... ."

"Parents are selling out their children and this is one of the biggest problems in the communities. I have seen it ... . I have been in taxis or on a corner and you hear their conversations; you observe their behaviours and parents will just let up their girls and boys and they are in their own house 'dialling' (lottery scam). They are going to the same parties, and having the same sex partners, " said LaTouche.