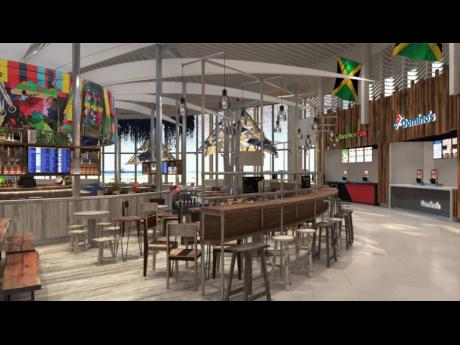 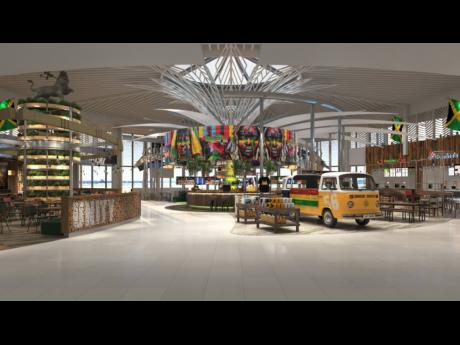 Airport food service provider Express Catering Limited, ECL, will open a series of new restaurants at Sangster International Airport in Montego Bay, for which US$4 million ($600 million) of financing was secured towards the end of last year. ECL’s...

Airport food service provider Express Catering Limited, ECL, will open a series of new restaurants at Sangster International Airport in Montego Bay, for which US$4 million ($600 million) of financing was secured towards the end of last year.

ECL’s investment is in tandem with capital works being executed by airport operator MBJ Airports Limited.

Express Catering CEO Ian Dear told the Financial Gleaner that MBJ has embarked on an extensive refurbishment of the post-security sections of the airport that will add 4,000 square metres of retail space.

ECL is otherwise making plans to expand beyond Sangster to other air and seaports, but Dear was unwilling to speak to that project.

“We will make the relevant announcements when the plans are finalised,” he said.

To guide its current expansion programme at Sangster International Airport, ECL has contracted Pragma Consulting and The Design Solution, both based in London. The consultants have been brought on board to help ECL “maximise the revenue potential” of its food and beverage programme, Dear said.

The airport expansion provides for an increase in passenger circulation and orientation areas, while the increased terminal space will primarily accommodate the relocation of the current food court, said Dear, who controls ECL through Margaritaville St Lucia Inc, with Margaritaville Caribbean Group Limited as the ultimate parent.

“This represents an increase of approximately 630,000 departing passengers when tourism returns to pre-COVID-19 conditions. As the only provider of food for the post- security area, Express Catering Limited is contractually bound to relocate the existing stores, plus add the required new offerings,” he said.

The renovation of the Sangster International Airport food court represents an opportunity for Express Catering to improve its capture rate among departing passengers from both east and west concourses, from 70 per cent presently.

The company, which this year celebrates a decade of operations, recently secured franchise rights to three additional restaurant brands – Bob Marley One Love Café, which will result in the first location for the franchise globally; Bento Sushi, one of the largest sushi companies outside of Japan; and Freshëns Fresh Food Studio, a health-focussed casual dining restaurant.

“These three options will be added to the food and beverage offerings when the food court reopens. The expansion will cost in excess of US$4 million and funds have already been secured to finance this expansion,” he stated.

Pre-COVID, ECL’s yearly revenue topped US$17.3 million, but sales decelerated by 19 per cent last year, after the global travel market screeched to a halt. ECL’s deceleration was even more dramatic as the pandemic rolled on, with nine-month revenue as of February falling 82 per cent.

With the pending expansion, Express Catering expects the new offerings to add US$3 million to annual revenue, initially, and then US$5 million by the second financial year, which for ECL closes annually in May.