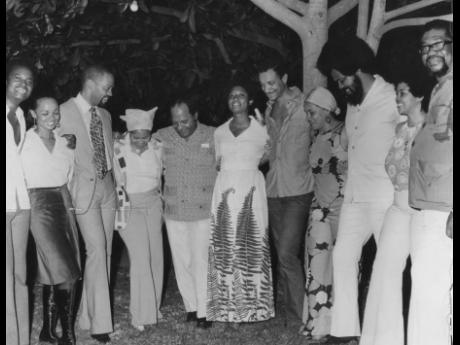 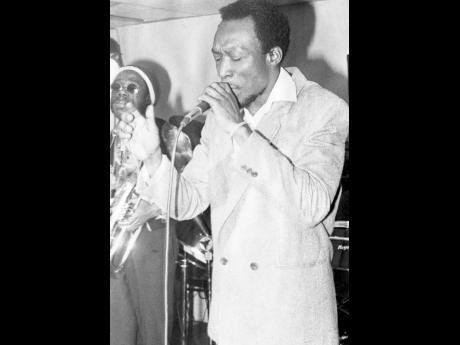 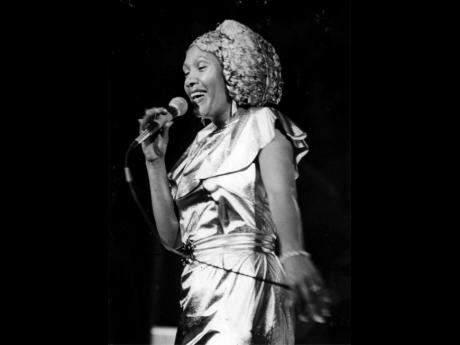 The 1972 release of I’ll Take You There remains one of the most popular recordings ever to emerge from the American Recording Industry. Performed by the soul-gospel family band, The Staple Singers for Stax Records, and done in the R&B/funk style, the recording spent 15 weeks on the American Billboard Hot 100 chart, peaking at number one and ranking as the 19th biggest American hit of 1972 – a year of full-blown chart toppers.

The recording has several unique features: it contains only two chords – C and F; it contains almost completely a call-and-response chorus, in addition to an innovative introductory bass line that continues throughout the entire song.

This last feature seems to have worthwhile connections with Jamaican music, as many claim that the bass line, which was the most notable feature of the recording and on which the recording stood, was copied from The Liquidator – a smash Jamaican number-one instrumental hit done in 1969 by the Jamaican band, The Harry J. All Stars, and produced by Harry Johnson, aka Harry J. Released in the United Kingdom (UK) by Trojan Records, The Liquidator spent 40-odd weeks on the UK singles chart, peaking at No. 9.

According to Johnson: “I got the idea for the song at a party one night and Tommy Cowan heard me humming it. The next day, I went to the studio and told keyboard player Winston Wright about it. He, in turn, arranged with other musicians, including bass player Aston ‘Family Man’ Barrett, to record it.” The success of the recording gave producer Johnson his second hit on the British charts, following Bob Andy and Marcia Griffiths’ Young, Gifted and Black.

I’ll Take You There, which bore a striking resemblance to The Liquidator with its almost identical bass line, became the subject of a legal wrangle between Harry Johnson, on the one hand, and The Staple Singers and Stax Records on the other.

Johnson has sound reasons to believe that the song was copied. In a 2003 interview, he recalls that, “I was paid a visit to my studio by Al Jackson Jr, drummer for Booker T. and the MGs – the house band for Stax Records – just about the time that The Liquidator was popular in the UK. He heard the song, liked it and begged for a copy. Shortly after Jackson’s visit to Jamaica, I’ll Take You There was recorded.” Stax Records, The Staple Singers and Al Jackson denied the allegations. Harry J., in the meantime, sought legal advice in his bid for compensation, but made little progress.

But an amazing twist to the whole scenario came during an interview I had with Alton Ellis at Sonic Sounds Recording Company in 2005. Ellis said his recording of Girl I’ve Got A Date was responsible for the creation of the ever-popular bass line that populated The Liquidator and I’ll Take You There. “ Girl I’ve Got a Date was the first in a line of songs that started the rocksteady beat. Jackie Jackson’s creation of that innovative bass line in the song helped to create the rocksteady beat and it was the first of its type in Jamaican music. Many have patterned and have illegally claimed ownership for it. But that was the original,” Alton said.

Truth be told, it would almost be impossible to deny that statement, once you have given a keen listen to the 1965 recording, done four years before The Liquidator and six years before I’ll Take You There. It stayed at the top of the Jamaican charts for weeks and was particularly dear to bass player Jackson, who said it was his first hit and the one that was dearest to his heart.

“When the Duke recorded these songs, almost immediately after, he would play them from dub plates at dances. And I can remember one night at Chocomo Lawn, Cuttings – the operator, after coming under pressure from patrons, had to play Girl I’ve Got A Date 13 times,” Jackson revealed. According to Jackson, the musicians featured on that landmark recording were Gladstone Anderson (piano), Paul Douglas (drums), Hux Brown (rhythm guitar), Lyn Taitt (guitar) and himself on bass.