The Jam Is Back ... at Dub Club - Weekly ‘bubbling’ party set to blaze Jacks Hill 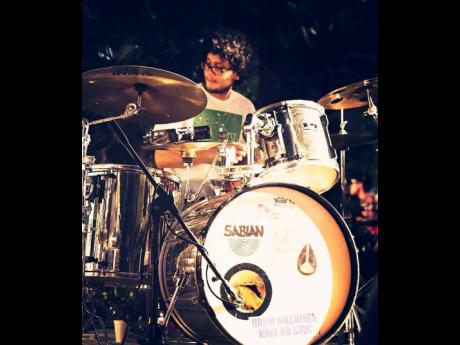 Starting this week, two beloved music events will join forces for a new kind of Wednesday night. Collaborating with Gabre Selassie’s scenesetting event, the groovy, multigenre musicians responsible for the Thursday night open-mic jam sessions at The Pallet on South Avenue are set to reposition themselves on Jacks Hill as the house band at Kingston Dub Club Live.

When The Sunday Gleaner spoke to The Jam Is Back’s main organiser, Jeremy Ashbourne, he said the event would not take on the open-mic, multigenre format The Jam is known for, but, with focus on dub, the performances will be fairly structured. “We’re looking at a house band and a curated presentation as opposed to all the elements of spontaneity that happen at The Jam,” he explained.

Nevertheless, in the spirit of the spontaneity shared between the mesmeric and ambient Thursday night sessions at The Pallet, and the Dub Club audience’s regular Easter Egg hunt for which artiste or celebrity gleams for a moment through the dark of those Sunday gatherings on the hill, some surprise elements will sustain.

“We’re not going to be rehearsing up the kazoo. There will still be jamming as well,” Ashbourne added. It will likely be a treat for the audience not knowing which of their favourites will grace the stage or happen to take a seat beside them.

Ashbourne revealed that The Jam has been negotiating such a collaboration for a long time. “Since Dub Club has become the home of dub, we wanted to take that Sunday night concept and turn it into a live affair,” he shared. Bringing the live music vibe to the hills are Ashbourne (drums), Salim Browne (bass guitar), Andre ‘Spyda’ Dennis (keyboards), Hector ‘Roots Percussionist’ Lewis, and Omar Francis (guitar).

In addition to the house band, there will also be an engineer on hand to ‘dub it up’. Just like the popularised practices of icons like Augustus Pablo, King Tubby, or Lee ‘Scratch’ Perry, the engineer will take a dubplate and mix it, giving it a signature sound and feel to recreate the essence of dub in a live way.

All that considered, the collaboration between these distinctly different music events will be responsible for two tasks: to establish a nice, ‘bubbling’ dub party every week on the hillside and to interrogate the definition of dub in a contemporary context.

“In the spirit of that music, that’s the essence of the concept – to be a homage to the legacy of dub and to ask questions about where and how we can expand on it,” Ashbourne said.

While the musicians poke and prod at dub’s legacy, patrons of The Jam need not worry that they are being left out. “We’re going to bring Thursday nights back. It’ll come back by December,” he said.