A passport to the Bob Marley Museum 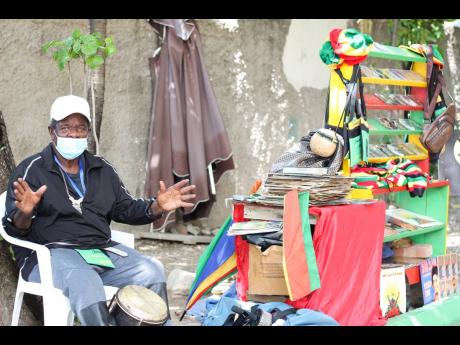 Stephanie Lyew
Percussion maestro Bongo Herman is ready to share memories, and in the words of Bob Marley, ‘play I some music’ for all guests who take the legendary tour. 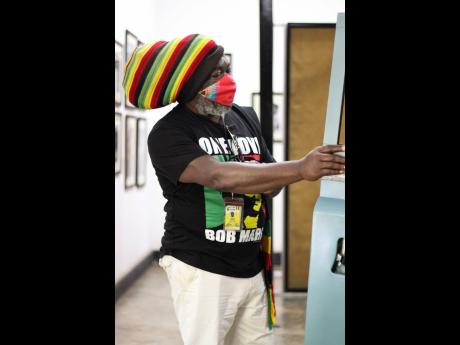 Stephanie Lyew
Ricky Chaplin, recording artiste and one of the Bob Marley Museum’s tour guides, gives us a peek into the reggae icon’s restored Land Rover. 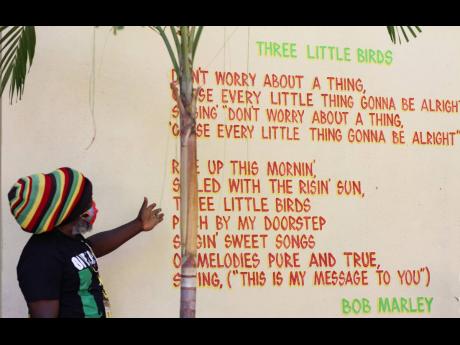 Stephanie Lyew
The lyrics and music of Bob Marley live on, and they are also written all over the walls of the museum. 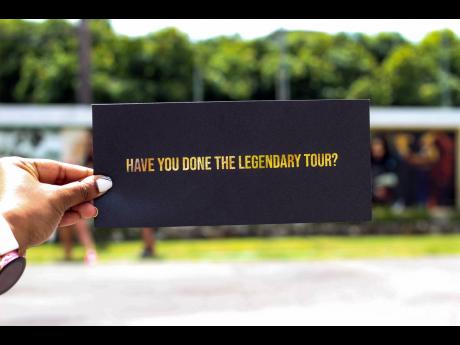 Stephanie Lyew
The Bob Marley Museum is currently open to the public on Fridays.
1
2
3
4

The Bob Marley Museum may be one of Kingston’s must-see sights for more than three decades - sitting in the middle of the well-trafficked stretch of Hope Road against the noisy urban lifestyle. However, a tour of the legendary grounds where one of reggae music’s founding father lived and also recorded some of his greatest hits can satisfy the soul of any visitor, from a museum-virgin to one that chooses to return two, three or more times.

Over the years, the British-colonial style building has received several inescapable transformations, some of which were as a result of damage from the 1988 Hurricane Gilbert but the Marley family has managed to preserve most of the original structures.

From the recording studio to the master bedroom, and awards room to the former rehearsal studio, tour guides like Ricky Chaplin, a recording artiste and family friend, manages to make all who enter feel at home in the presence of the One Love singer’s spirit.

To stand in the same spot, the great reggae legend Bob Marley recorded the music featured on the final three albums, Survival, Uprising and Confrontation, which was the thirteenth and final studio album, released posthumously in May 1983 after his death, causes volcanic emotions of sentimentality to erupt in any lover of reggae music. And it is heightened, one hundred times more when the trusted tour guide shows the bedroom, “where all the rhythm and the moves of the great Bob Marley were made,” Chaplin says jokingly.

“At first, we could not go inside the bedroom, now persons can walk in and see all the gifts he has received,” he said, adding that the area was one of two main sections of the house that were not originally included in the tour - the second was the studio at the rear - but both have been opened for viewing.

Its authenticity intertwined with the up-to-date history of Marley’s life and work, as well as the contributions of his children in a cutting-edge exhibit, allows for a great history lesson for persons of all ages. The museum is currently opened only on Fridays from 9:30 a.m. to 4:00 p.m., and there are special entry fees for locals with valid identification.

Chaplin shows off his vocal skills throughout the tour, singing several hits from the icon’s extensive catalogue - pleasant and engaging, he is - and persons who he gives the tour are likely to play back up. On any day that the museum is open, visitors will also get an opportunity to meet master hand-drummer and percussionist Bongo Herman, who adds to the entertainment with his signature performance.

The Bob Marley Museum, in collaboration with the One Love Café (also at the 56 Hope Road location), launched its ‘Acoustics Live With…’ series in February for Reggae Month with Blvk H3ro as the headliner. It was expected to be a weekly event but a decision was made to put the show on pause in light of the gathering restrictions.