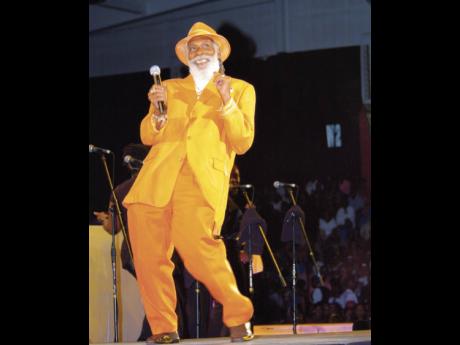 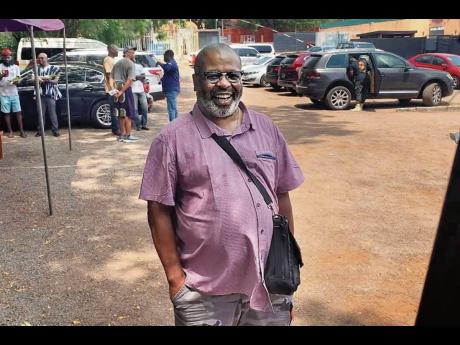 Contributed
Sound engineer Samuel Clayton Jr was the son of Mystic Revelation of Rastafari’s Samuel Clayton and one of the first Jamaican bobsledders. Brain Damage said Clayton Jr died from COVID-19 just two weeks after he was admitted to hospital. 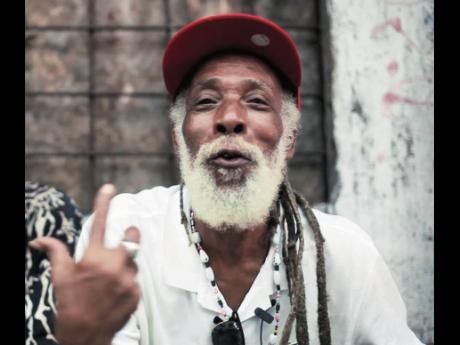 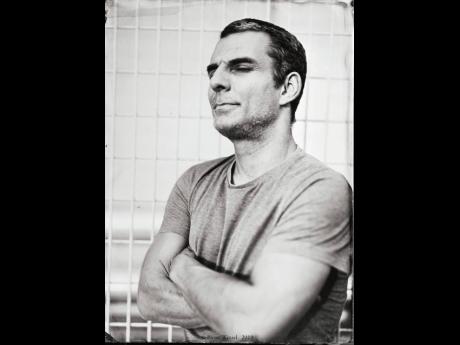 Contributed
French dub and reggae stalwart, Brain Damage, said it took some time for him to process the loss of his friend, Sam Clayton Jr. He completed ‘Beyond the Blue’ at Clayton Jr’s request and in his honour.
1
2
3
4

In March of the year 2020, excited about their mission, Samuel Clayton Jr, son of Samuel Clayton of the Mystic Revelation of Rastafari, and Brain Damage left France for Jamaica. The two producers had a project with Big Youth on their radar and were thrilled to meet up with the dub pioneer for recording sessions.

But, an emerging virus named COVID-19 also made its unwelcome landing. Both producers contracted COVID-19, and, as Brain Damage told The Sunday Gleaner, from there, things went downhill fast.

“The whole thing happened actually very early in March 2020. At that time, we didn’t know anything about the virus. Sam and I took a flight from France to Kingston and probably got sick together at that very moment. I spent only two days in Jamaica, as I urgently had to go back to France after being told that my son was sick at home,” Brain Damage recalled.

“I started to feel funny on my way back. I instantly warned Sam and Stephen Stewart, the two producers I was working with in Kingston. They were just finishing the takes with Big Youth at Anchor studios. Then I started to feel really sick. Stephen and I got [a] big fever, and I had to stay quarantined in my studio for weeks, but nothing too serious. Unfortunately, Sam Clayton didn’t make it. He was only the second COVID casualty in Jamaica,” Brain Damage, whose real name is Martin Nathan, recalled sadly.

Brain Damage had only met Big Youth briefly when he had to leave Jamaica, and Clayton Jr decided to stay and record the vocals with Big Youth. He was in the hospital for two weeks before his passing.

Brain Damage, known as a stalwart in the French dub and reggae scenes, and whose moniker actually came from the Pink Floyd song, said it was also the name of a radio show he used to host in France. He met Clayton over 20 years ago, and at one point, they even lived in the same town in France. Naturally, it took some time for the prolific producer to process the loss of his friend, especially in the midst of one of their dream projects, and he could have been forgiven had he decided to shelf it. But Clayton Jr had asked him to complete the album, Beyond the Blue.

“He asked me to do it and his wife Anni as well. I promised myself to complete the album. As soon as I got better, I spent the next months doing it, with Sam, somewhere above me, to help. To make it more real, I introduced samples of his voice as intros and outros for most of the songs. So he was even more here, with me,” Brain Damage explained.

He recalled that Clayton had piqued his interest in the island by relating many stories of Jamaica and his legendary father, Brother Samuel Clayton. “We spent time on the road, working in studios, and much more. The first time he brought me to Kingston, he introduced me to Stephen Stewart, his soulmate, in charge of the Harry J studio at that time. The three of us spent unforgettable moments producing the album, Walk the Walk, with Ras Michael, Willi Williams, Horace Andy, Winston McAnuff, Kiddus I. Sam was very good to make the link between Jamaican artistes and foreign producers,” he said of his friend.

Describing Clayton’s work as “amazing”, Brain Damage made a case for his production partner to be properly recognised. “Most people know about his father legacy, but I really think that they should also know about what he has accomplished too. [He did] so many projects all around the world as [a] sound engineer, and more, often with big and very talented artistes. Our work together over the years went so well that we decided to work on a five-part Jamaican Brain Damage album series. This challenging project with Big Youth was supposed to be the third. Unfortunately, it will be the last one for Sam. What a loss!” he lamented.

Clearly, the spirit of Sam Clayton hovers tangibly over Beyond the Blue, a dub, jazz and toasting project that consciously celebrates greatness rather than fall prey to the tragedy that threatened to mar its production.

Speaking about the song on the album that stands out for him personally, Clayton told The Sunday Gleaner that it would be Wareika Hill.

“ Wareika Hill may be the most precious to me. Big Youth, amazing as always, tells us about the early days, and jams at Wareika Hills. Great song dedicated to Brother Samuel and The Mystic Revelation of Rastafari. By its end, I’ve added Sam Jr’s vocal samples, telling about his father. Very deep. All those stories are priceless for me. We are talking about history here,” Brain Damage said.

And Brain Damage shared that choosing Big Youth for this project was really a no-brainer.

“Big Youth has always has been one of the best! I asked Sam and Stephen about the opportunity to work with him. They instantly told me the best about him. All the people I met in Jamaica told me the best about him, back in the days and now. What brings Jamaican artistes to the rest of the world is incredible, and Big Youth takes a big part of it. It was an honour for me to produce this album.”

He added in closing, “I wish I could have more time to spend with him, as it was planned, and share stages together. But the virus came and changed everything, every plans, everywhere, for everyone, I guess.”

Beyond the Blue by Brain Damage meets Big Youth will be released May 28 on CD, LP and in digital formats.