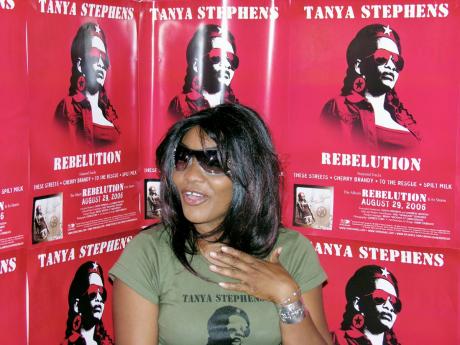 File
Tanya Stephens attends a 2006 meet-and-greet for her album, ‘Rebelution’. 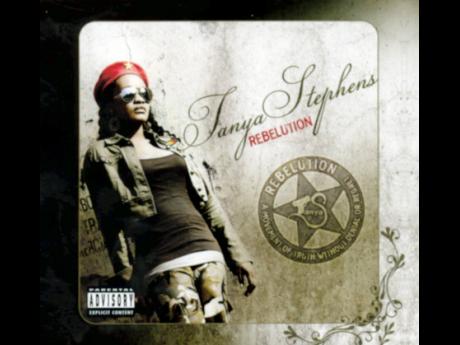 File
File Photos ‘These Streets’, the first single released off Tanya Stephens’ sixth studio album, ‘Rebelution’, has been sampled by FaNaTix in their most recent project. 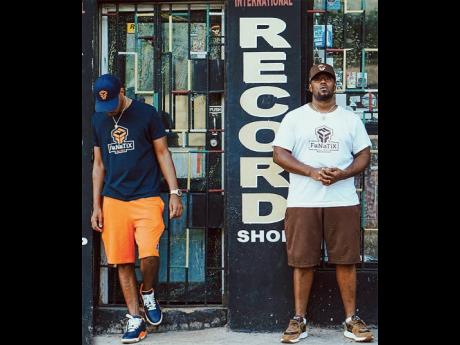 Contributed
Producers, DJs and songwriters, The FaNaTix are just fanatical over Tanya Stephens’ ‘These Streets’.
1
2
3

The 2006 hit single These Streets has endured as a millennial sing-along, with videos of international hip-hop superstars like Cardi B paying homage to the track making a viral impression on social media up to three years ago. So it is no surprise to hear younger music professionals in other countries, outside of Jamaica and the US, sample the song’s catchy hook as the framework for their productions.

“When that particular song was first released, we couldn’t stop singing it,” said The FaNaTix about the Tanya Stephens’ track, which they sampled for their recent project.

The FaNaTix have been climbing the production ladder for several years as record producers, engineers, remixers, and songwriters, but their influence hit the roof with the Stylo G and Nicki Minaj Touch Down (Remix).

In constructing a noteworthy reggae and dancehall portfolio, which already includes heavyweight lyricists like Vybz Kartel and Beenie Man and Vershon, the award-winning producer duo returns with an unusual interpretation of the original Tanya Stephens track produced by Andrew Henton for their latest project.

The London-based production team told The Sunday Gleaner, “We’ve always rated the overall concept of the song, and we think that her song corresponds well with the drill scene.”

Categorised as a subgenre of street rap in the UK, drill emerged from the urban underground music scene and has been injected into cultures across the world. Within the dancehall and rap scene there, the artistes and repertoire divisions of record labels appear to be chasing acts with a firm handle on these music styles, said The FaNaTix.

“Rap, or more specifically, black music, now features heavily in the UK national charts week to week,” they said, adding that Jamaican acts like Stephens “will always be a household name for reggae in the UK, especially within the black community”.

In their sampling of These Streets, the first single released off Stephens’ sixth studio album, Rebelution, the FaNaTix shared that their aim was to draw creative nourishment for their track. The group said it will always pay as much tribute to their Jamaican background as is conceivable. Dro’s father is from Trelawny and C Dot’s mother is from Kingston.

“Late last year when we finished making the skeleton of the beat, we knew exactly who we wanted on the song and started planning the video and our trip back to Jamaica there and then,” the group said, and successfully got Birmingham-native lyrical hitter M1llionz, who, last year, made an indelible mark with his drill anthem Y Pree and popular dancehall deejay Popcaan to collaborate on These Streets (Don’t Luv U).

M1llionz’s talks much of his own connection with Jamaica, and from the line, “Let me tell you some things ‘bout the streets, because this lifestyle don’t come with a manual”, in the track’s first verse, it translates into the very message the producers wanted delivered. Meanwhile, Popcaan’s aggressive, straight-talking short verse generates the energy on which the culture survives and thrives.

“The different ground they cover in their sonic approaches makes it a must-listen,” The FaNaTix proclaimed.

It makes perfect sense to the roots, heritage, and culture, said the producers about their production. Although, the original lyrical concept was centred on a romantic narrative, they “wanted to encapsulate a similar message of how the streets [from the level of the community to the music industry] shows no love.”

“ These Streets ended up being the perfect fit,” they said. “And part of the appeal for us – the way M1llionz and Popcaan were their candid selves – is leaving fans to wonder what sound scape these two acts can exist on together.”

The track was the first release off their début EP to be distributed by Columbia Records under the Sony Music Entertainment group. They continue to work on a potential release date later this year.

“Hopefully, our supporters will see some more big collaborations with Jamaican and international artiste on our EP,” they said.