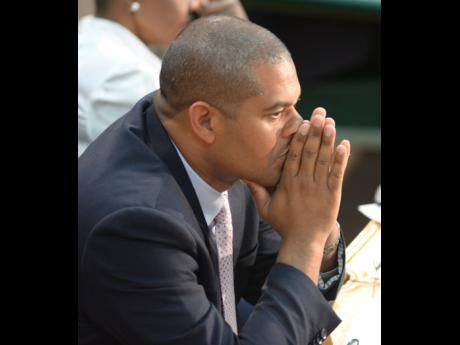 While the heads of the security forces mull areas for which they will write the prime minister for him to declare zones of special operations to tackle escalating crime, one lawmaker wants the Government to identify areas that are in dire need of social intervention and provide such assistance now.

Member of Parliament for Manchester North West Mikael Phillips said that the Government should not wait until it declares an area a zone for special operations before it moves in to provide much-needed social intervention.

In a Gleaner interview, Phillips said that there were government agencies designated to deal with social issues in terms of education, welfare, and infrastructure.

He stressed that the administration should be proactive and target communities in need of critical social support.

"My issue is that I don't think we should wait until we lock down a community before we go in with these social interventions. We know these communities long before this legislation. Why haven't we been doing it? And I take the blame, too, because I am a part of this legislature."

The Government had indicated that the money would be used to acquire more vehicles for the security forces, purchase CCTV, and body cameras.

"We know what Denham Town is like; we know what Maxfield Park is like; I know what Greenvale is like. I have a community in my constituency where a toilet is a luxury in 2017; know when a man still has to go to bush to use a bathroom. These are the things that we should not wait to address," Phillips said.

"We have to be more proactive than reactive, and we have been reactive for too long now."

The Zones of Special Operations Act has been gazetted and is, therefore, now law.