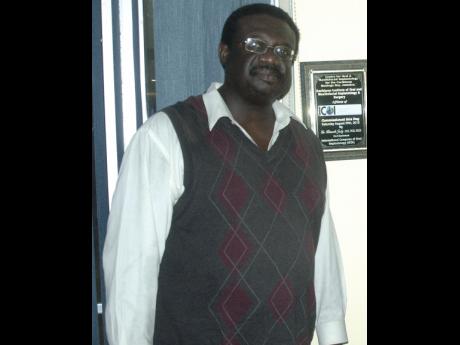 Researchers at the Montego Bay, St James-based International Postgraduate Medical College (IPMC) are raising concern that the practice of oral sex in Jamaica could be responsible for the outbreak of a gum disease which is proving challenging to treat.

This comes weeks after the World Health Organisation warned that oral sex is producing dangerous gonorrhoea, and a decline in condom use is helping it to spread.

Dr Christopher Ogunsalu, senior lecturer in anatomy in the Department of Basic Medical Sciences at the University of the West Indies, who was part of a study carried out by the IPMC team, said the local concerns follow extended research.

"Two years ago, we commenced a study at IPMC relating to the health and diseases of the gum in Jamaica," said Ogunsalu.

"The study revealed that more than 85 per cent of patients requesting dental cleaning have severe gum bleeding with no evidence of periodontal pathologic pockets (when the supporting tissue and bone around the teeth is destroyed)," added Ogunsalu.

He said the persons showing up with the problematic gum disease did not fit the profile of the persons who would normally be inflicted by periodontitis - inflammation around the tooth.

"It is of significance that the majority of these patients were under the age in which periodontal disease (infections of the structures around the teeth, which include the gums) is prevalent," argued Ogunsalu, who made it clear that more research needs to be done.

He noted that those afflicted by the unusual gum disease have admitted, sometimes reluctantly, that they are involved in oral sex, sometimes with multiple partners.

"The social impact and integration of this prolific ... sexual activity of the 21st century needs not be overemphasised ... . despite all the pleasures associated with it, it will continue to change the oral floral (mouth bacteria) of those that perform this act," said Ogunsalu.

"Gum disease occurring with bleeding on brushing and on clinical probing in a mouth with little or no plaque or calculus deposit is a testimony of the fact that something has changed in the oral environment."

According to Ogunsalu, the spread of the out-of-character gum disease, which seems to be more troublesome in persons with multiple partners, could have major implications for Jamaica.

"This new trend of oral diseases will, in the long run, have serious economic impact ... . the questions are: who will pay the cost of this protracted gum therapy? Can the dentists afford to do multiple gum treatment for the cost of a single-stage dental cleaning? Will the insurance entertain claims for multiple cleaning?

Can the patients without insurance afford to pay or will the insurance companies be prepared to increase the dental benefits to facilitate multiple gum manoeuvres," questioned Ogunsalu.

He expressed fear that as the problem becomes more pronounced, persons might be reluctant to provide truthful answers about their sexual habits, making it difficult to confirm the initial assumptions.

"If filled in or answered, it is unlikely to be truthful. this permits the validation of the presumption that oral-sex increase as a result of changes in sexual habits has lead to the emergence of new gum disease propagation.

"The only other way to confirm is to embark on doing culture and sensitivity microbiological test for routine dental patients. This is not logical and the clinical ethics will be wrong, in addition to the added increased cost of routine dental treatment," continued Ogunsalu, who expressed confidence that the research work being done at the IPMC could lead to a treatment regime.

"Fortunately, the International Postgraduate Medical College is working on a pharmacological solution, which will make participants in the habit gum disease free as long as all other factors causing gum disease are not present.

"We are now working on it, but we are not yet ready to give up any details," said Ogunsalu.

He argued that the findings are not unique to the IPMC research.

Ogunsalu pointed to a recent British Medical Journal article, which stated that "oral sex has been associated with oral sores in some populations, and can cause ulceration in the oral cavity. It may also spread infection from the oral cavity to the genital tract or vice versa ...".