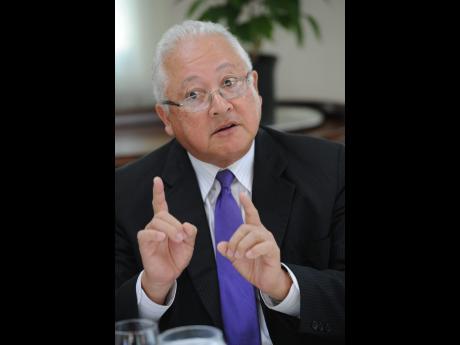 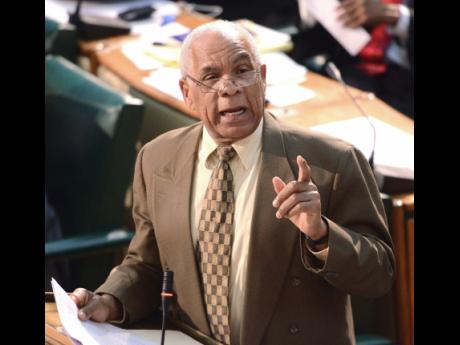 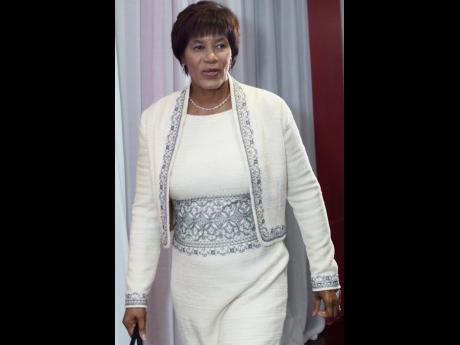 What's worse, Chuck asserted, is that in the past 20 years, the two constituencies - South West Andrew and South St Andrew - have "benefited from government largesse and government agencies more than any other constituency".

Dr Davies, when contacted last evening, declined to comment, saying that he would first want to hear for himself the recording of what was said.

"Persons are fighting to get to these constituencies because it is a safe seat. And once they get there, they perpetuate,

"And I say to Mark Golding and Angela Brown Burke, is that to continue, or is there to be a change where development can take place in those two constituencies?" he questioned.

Chuck cited South West and South St Andrew as well as constituencies represented by his Jamaica Labour Party (JLP) as examples of garrisons that must be dismantled in keeping with one of the key recommendations of the west Kingston commission of enquiry.

The commission, chaired by retired Chief Justice of Barbados Sir David Simmons, was established to investigate the conduct of the joint police-military operations in west Kingston in May 2010 to capture drug kingpin Christopher 'Dudus' Coke.

More than 70 persons, including one member of the Jamaica Defence Force, were killed in the operations.

The Simmons commission recommended that a road map for what it called "de-garrisonisation" be handed over to an independent body, similar to the electoral commission, to develop the details of the process.

The commissioners recommended, too, that political leaders commit themselves to ending the allocation of the government and the political party resources to dons to help reduce their influence.

However, according to the justice minister, it appears that the Andrew Holness administration is grappling with the question of how to go about dismantling political garrisons.

He said that a sub-committee of Cabinet examined the issue and was left pondering the question of whether this was something for the Government to address "or if it should be dealt with by the country at large, starting with the Parliament".

Justice Minister Delroy Chuck has announced that he has received the report of the compensation committee, which was appointed by the Government to investigate and determine claims filed by persons affected by the May 2010 operations in west Kingston.

He said that the report has since been submitted to Cabinet, which is to peruse the document shortly.

Chuck, who was addressing the weekly meeting of the Rotary Club of Kingston yesterday, said that the three-member committee, chaired by retired President of the Court of Appeal Justice Seymour Panton, indicated in the report that they examined more than 1,000 claims from residents.

However, he says that 400 new claims, collected by the Office of the Public Defender, would not be considered because they were presented after a second deadline had expired.

The report is to be tabled in Parliament early next month.

The justice minister said that the report of the compensation committee would serve as the precursor for the Government to finally address the recommendations made by the Simmons commission, including a public apology to the people of west Kingston by Holness.