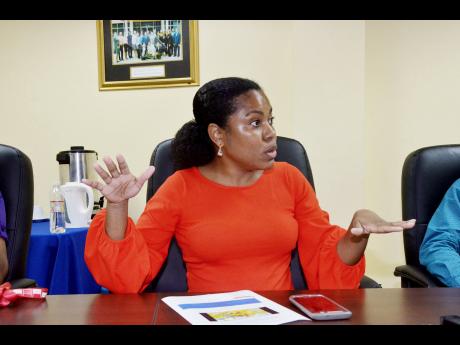 Clinical psychologist Georgia Rose said it is long overdue for stakeholders and policymakers to have extensive discussions on the psychological toll the overbearing pressure to get perfect academic scores is having on children.

Rose, a lecturer at the University of the West Indies, Western Jamaica Campus (UWI WJC), speaking yesterday morning at a media briefing for the upcoming UWI WJC 10th anniversary week of celebrations, argued that from a psychological standpoint, it is off-target to take a position "that success can only be gained by putting 100 per cent effort in academic pursuits.

"I believe that truly successful children are children that are [well]-rounded. Because a child might know everything from A to Z, but be socially inept, are like social pariahs - no other child wants to play with them; no parents want them around their child; they can't problem-solve; they get into conflicts all the time; they lack emotional regulation, so that child is really not functioning," she explained.

Lamenting the glorification of academic excellence, she said there is also the misconception that if you are balanced, you are not as good.

"So how many of these children who have 12 and 13 CXCs (Caribbean Examinations Council) are socially competent, who have meaningful peer relationships?" she questioned.

Rose said the Jamaican society has a growing expectation that children ought to aspire to be "overachievers", accomplishing academic feats well beyond the scope of their young years, and outside of their normal psychological development, rendering them extremely stressed and, in some cases, maladjusted.

GENIUS IS NOT NORMAL

"Genius is not normal; it is an abnormality. Some people forget that it is not typical development. It is aberrant; it is off the fringes," Rose explained.

Comparing a 12-year-old with a first degree, to one just entering high school, Rose questioned their ability to function.

"There is a disconnect between what is normal or typical development and what society is now embracing," she stated.

Citing instances where children oftentimes had to forgo playtime in favour of study time, in preparation for the Grade Six Achievement Test (GSAT), Rose said leisure was a key element for the normal development of children.

"I am seeing more children who are having anxiety, who are not sleeping well, who are wetting the bed. Parents will tell you, they don't eat very well during exams. Or children will tell you they can't play because when we had GSAT, PE (physical education) was reserved for communication studies tasks. And then you also have churches that have all-weekend marathons to support these children," said the clinical psychologist.

She asked, "When do we allow them to just be children?"