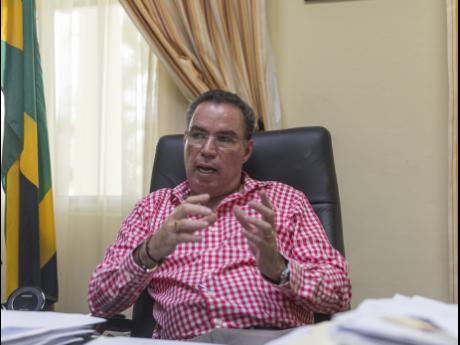 A Corporate Area businessman could face a multimillion dollar fine after he allegedly attempted to import a shipment of plastic bags in breach of the ban imposed on January 1.

The Sunday Gleaner has learnt that as part of its monitoring and enforcement activities of the ban on single-use plastic bags under the Trade (Plastic Packaging Materials Prohibition) Order, 2018, the Jamaica Customs Agency flagged a shipment entering the island last week.

The businessman had declared that he was importing 1,056 cartons, each containing five hundred, 25 inches x 25 inches black T-shirt bags. This would be just above the 24 inches x 24 inches, which is banned.

But preliminary checks by Customs officials revealed that the bags in the shipment were not what had been declared on the invoice. The shipment has since been detained for a 100 per cent examination to be conducted by the Customs team.

In confirming the seizure yesterday, Minister without portfolio in the Ministry of Economic Growth and Job Creation Daryl Vaz commended and congratulated the Customs Agency for its vigilance and success in the first two weeks of the ban.

"It sends a very clear and definitive signal as to how serious we are about enforcing this policy. I would further send a message to those who intend to usurp the intent of the policy by importing larger single-use plastic bags, for example 25 inches x 25 inches, that the

"Customs will also be working closely with NEPA (National Environment and Planning Agency) and the National Compliance and Regulatory Authority (NCRA) to advise them of all shipments of single-use plastics that arrived in Jamaica before January 2019 and are cleared from the ports after that date.

"While the importation would be perfectly legal, the distribution into the trade would be illegal. NEPA and NCRA will advise these importers of their awareness of the clearance and physically monitor these companies as it relates to their stock levels," added Vaz.

He said that there are about 17 shipments of single-use plastic bags that arrived in Jamaica before the ban, with at least five already cleared.

He also expressed his appreciation to Jamaicans for what he said has been the overwhelming support for the ban.

"This is the first far-reaching government policy that has had 90-plus per cent support in decades, and this augurs well for Jamaica's future," declared Vaz.