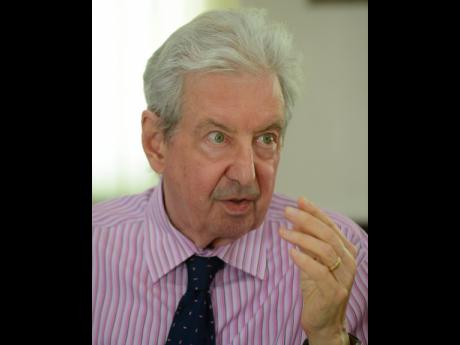 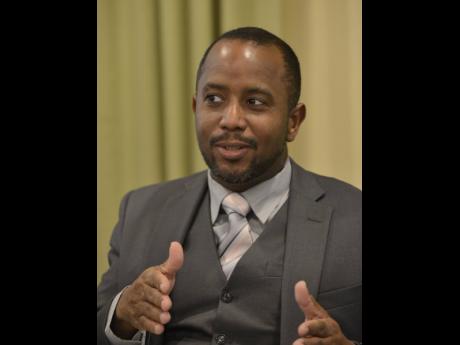 Jamaicans should be asked to settle issues mooted for several years via referendum at the next general election, among them the repeal of the buggery law and the future of the Caribbean Court of Justice (CCJ), according to legal and political representatives.

With general election costs topping $2 billion in 2016, there is consensus among those interviewed that, for cost-effectiveness, the proverbial ‘one stone to kill two birds’ should be put into action. This as the country’s national electoral body – the Electoral Office of Jamaica (EOJ) – indicated to The Sunday Gleaner its competence, capability and readiness at handling both votes and results on the same day.

Queen’s Counsel Lord Anthony Gifford said the next general election should provide the perfect opportunity for the settlement of the CCJ argument.

“No better time to hold it, and I would support that. I would put the issue of the CCJ on it, and if both parties agree on major constitutional matters, then they should go to a referendum,” he said.

According to him, the issue of cost must be a major consideration, as a separate process is a separate bill.

“I think the question of the monarchy should be one of the issues. It’s one of the main things holding us back as truly independent people. I think both the CCJ and the monarchy are major constitutional issues and should be put to the electorate,” argued Gifford.

He said he could not see why Jamaica is not keen to fully join the CCJ, which he called a “very good court”, suggesting that the cost to go to the United Kingdom Privy Council remains the most prohibitive to the poor seeking justice.

Discussions on whether Jamaica should become a party to the appellate jurisdiction of the CCJ have been the subject of extensive deliberations for years. Gifford said its full time that the people determine their final appellate court.

People’s National Party (PNP) Chairman Fitz Jackson urged Prime Minister Andrew Holness on his 2016 election campaign rhetoric, telling him to live up to his pre-election insistence on a referendum concerning the CCJ.

“I am using this opportunity to call out the prime minister and tell him that all the things he said would be subjected to a referendum, to use the next 15 months before the general election to do so,” stated Jackson on Friday.

“The PNP has made its position on the CCJ very clear. We do not believe that the issue should go to a referendum, and only a two-thirds majority in both Houses (of Parliament) is needed. That remains our position. But, if that’s the only way the Government is willing to accede to having the CCJ, then fine. We calling them out,” Jackson challenged.

While on the political hustings prior to the 2016 general election, Holness said a Jamaica Labour Party (JLP) government would make no move on the issue of a repeal of the buggery law – which criminalises anal sex – or the CCJ, without hearing from the people of Jamaica via referendum. He also put the issue of term limits for prime ministers and fixed election dates on the table, and promised that in the first 100 days of a JLP administration, he would initiate legislative efforts to provide for the impeachment of parliamentarians.The party has not changed its position on the referendum, with Holness acknowledging a year after assuming office that the legislative issues were still on the table. He has, however, given no timetable on procedure.

No need for local Brexit

For Emile Leiba, president of the Jamaican Bar Association (JBA), he is concerned about holding a referendum without a proper public education programme as, he argued, there is no need for a local version of Brexit – the British vote to leave the European Union which plunged Jamaica’s former colonial master into political turmoil after the realities of the departure became clear.

“While I understand that it would be cost-effective to hold both at the same time, I am afraid that they could become lost in the posturing and rhetoric of politics and they become politicised. Buggery, the removal of the Queen and our final appellate court are separate and distinct and require significant public education,” he told The Sunday Gleaner.

“I would not be in favour of the same-day polls. Because we could very well lose money if it is perceived as rushed,” he argued.

“I don’t think the CCJ and the Queen should be tied to buggery. CCJ and the Queen work well together, but I wouldn’t necessarily put them together as that’s much more polarising. But, it may garner more interest and get more persons to come out and vote,” suggested Leiba.

He said it was unfortunate that a significant portion of the population were uneducated and may not grasp the impact of their referendum votes.

Leiba said he believed two years would be enough time for a public education programme towards an election referendum.