‘Did Horne or Phillips pull one over us?’ - Parliamentarians urged to revisit Thwaites’ motion to lay citizenship issues to rest 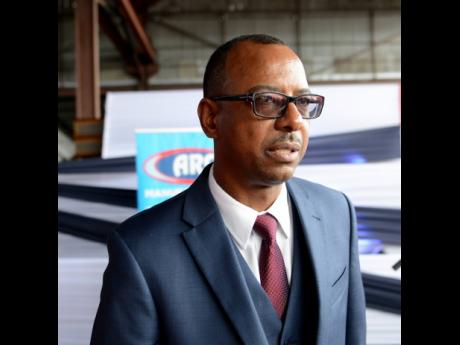 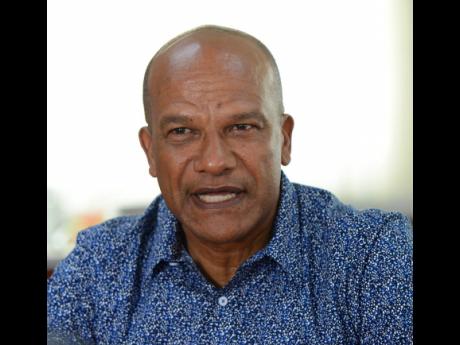 Former parliamentarian Ronald Thwaites is calling for the urgent revival of discussions around dual citizenship in the House of Representatives, which a joint select committee began after he tabled a motion in 2010 but were never brought to a fruitful conclusion.

Thwaites’ motion would have required all members of the Lower and Upper Houses to declare their citizenship status following a series of by-elections triggered by a court ruling that the Jamaica Labour Party’s (JLP) Daryl Vaz was ineligible to sit in the Parliament as a result of his United States citizenship following the 2007 general election.

The ruling also resulted in three other JLP members of parliament – Gregory Mair, Michael Stern and Shahine Robinson – having to vacate their seats. All four were returned in by-elections after renouncing their foreign citizenship.

The law currently only allows persons with Commonwealth citizenship to serve in the House.

The matter has been placed back in the spotlight with the Senate saga which has rocked the Opposition this month.

Norman Horne, who had been nominated by former Opposition Leader Dr Peter Phillips and who had publicly declared that he would not be taking the seat with an impending presidential election, is a United States citizen.

Horne had not formally written to the governor general to indicate that he would not accept the appointment, blocking efforts by current Opposition Leader Mark Golding to install Peter Bunting in the Upper House two Fridays ago.

On Friday, after the governor general indicated that Horne would not be taking the seat, Golding advised him that Bunting was his pick.

But nearly a decade after the Andrew Holness-chaired joint select committee of Parliament had its initial meeting to discuss citizenship issues and chart a way forward.

THWAITES AT A LOSS

Thwaites told The Sunday Gleaner that he was at a loss in understanding what has happened over the drama of the last fortnight, which has left the People’s National Party with a black eye.

“Thank you for reminding me about the committee,” said Thwaites, who retired from representational politics this year. “As far as I know, it (motion) is still there. When the Parliament prorogued in 2011, I reintroduced it and it fell off the Order Paper again because successive administrations have failed to deal with the issue. But given what has played out, the issue must be urgently addressed.”

Senators can only voluntarily resign, as was made clear in a landmark ruling when Holness sought to use pre-signed undated resignation letters in 2013 to remove Arthur Williams and Dr Christopher Tufton from the Upper House following an unsuccessful JLP leadership challenge by Audley Shaw.

This is not Horne’s first Senate controversy as he was pressured to resign in 2016, two years after the then JLP senator resigned from the party and declared himself an independent member of the Upper House while taking steps to rejoin the PNP.

“Horne seemed to suggest in his statement that he only applied [for renunciation] after he was appointed. That can’t be true. You couldn’t be appointed until you have cleared that hurdle. But I also seem to remember that before, I believe, the 2011 general election, we (all candidates) appeared before the party’s integrity commission and were asked to declare that we were not ineligible because of dual citizenship,” Thwaites told The Sunday Gleaner last week.

He was unsure about the internal requirement for Senate appointees, but said that much more due diligence had to be taken with senators as they were selected.

Horne admitted last week that he did not follow through on a promise to Phillips to remedy his citizenship situation.

Some Comrades have described the citizenship issue as “a big sideshow to the deep, dark and dangerous game” being played.

“Don’t be fooled by the loud music being played. This is a deadly political orchestra, which has been in motion for more than a decade. This is about power. Entitlement. Revenge,” said a senior retired member of the PNP.

“Have you ever read Perry Henzell’s book Power Game? This is not George Orwell’s Animal Farm. This is a power game and revenge plot,” said the retired parliamentarian who served multiple terms.

The former politician also referenced Robert Frost’s poem, Stopping by Woods on a Snowy Evening, saying that Golding, who was elected PNP president a month ago, had “miles to go before he can sleep”.

Said another: “How could Phillips have appointed Horne, when it was publicly acknowledged by Rhoda Crawford (the current Manchester Central MP who unseated Bunting) that she got help from Horne against Bunting. Bunting who ran against you, and who you then appoint as leader of government business. You then turn around and appoint a turncoat to the Senate? What the hell is this? My estimation of Peter Phillips has gone way down.”

Timelines provided by Horne in at least two statements since the matter became public raised new questions, including the disclosure that he renewed his United States passport weeks ago.

Addressing the committee in 2011, Thwaites said that among the major points for discussion was the “hopeless anomaly that presently exists in the Constitution, whereby members of the Commonwealth after one year of residency here can be elected or appointed”.

He also called for members to declare permanent residency status, which is not required under the Constitution. Committee members mulled for a long time over whether the motion was about naming and/or shaming such individuals.

“I believe, and I agree with Reverend Thwaites that there ought to be a declaration of citizenship,” said Holness, then leader of government business and committee chair. “My challenge as chairman of this committee is to make sure that it is done in keeping with the law … .”

Justice Minister Delroy Chuck said he was willing to share some of the blame for the lack of debate on the issue.

“It’s partially my fault. The truth is we need to look at it. Every time it’s up for discussion, the talk is we need comprehensive reform. It is something to be dealt with. It should have been dealt with. The Constitution needs changing and that’s fundamental reform,” Chuck said last week.

Dennis Meadows was one of the committee members in 2011.

“It is my personal view that certain positions, including in the Parliament, must be held by people without conflicting loyalties or, for that matter, allegiances,” he proffered.

Last week, he said that the country had not progressed.

“We are not sincere in our efforts to resolve the issue,” said Meadows on Friday.

“While we were in government, the legal adviser was the attorney general, and that is where the prime minister would go first. In terms of the politics, people were allowed to make suggestions and it was the purview of the prime minister whether he or she would put the choices before the Cabinet as a result of the importance of the matter,” recalled Pickersgill, who served as chairman for nearly 30 years. “In opposition, it was the same thing. Views would be solicited from members of the executive or even from the National Executive Council.”

He would not be drawn into offering a view as to whether he thought the current saga was part of a plot to destabilise Golding.

“Don’t lead me into temptation. You know what they say about temptation? Expect it, reflect on it, then reject it,” he told The Sunday Gleaner.