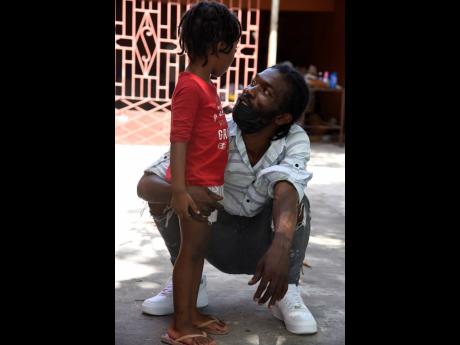 ‘Father Caretaker’ is the name residents of Farm in Clarendon fondly use to refer to 39-year-old Kenrick Spencer.

The father of five has extended his love and caring nature to many children in the community, so much so that he has become the trusted driver to transport students from the area, a job he willingly does even if they don’t have the fare.

“Mi always did deh fi the youths ... . A me working policy that fi know the youths them alright, especially in school time. Worse if them nuh have no fare, me di deh fi them. Me nuh lef pickney a road. A just dat a the policy,” he told The Gleaner.

Spencer said his earnings have dipped since he no longer operates his own vehicle and could not offer free rides to the students at one point. That, however, did not sit right with him.

“If the money nuh make up fi give the boss, me still know me affi just look out fi the youths same way. From a pikney and a school, me just affi tek them up same way, so me can tell a mother say, ‘See yuh daughter reach home safe’,” he said.

His 16-year-old daughter, Janiel, was brought to tears when she spoke of him.

“My father is a nice man. Every day he comes to look for me and ask if we got something to eat. Me love everything about him. He’s a hard-working person, and sometimes I ask him if he’s not tired fi drive up and down on the road every day, but him say him a fi buy stuff fi we eat and provide fi we,” she said.

Farm resident Desmond Sterling described Spencer as a good father, who has earned the love of his community.

“Me can recommend him as a good father, not just to his kids, but all the kids in the community. He is also a good man in the community, so everybody ‘bout here love and respect him,” he said.

Similar sentiments were shared by Kemar Mills, who said, “He always push out for his kids; they are his number one. Me take him taxi and him always buy and drop off stuff for them, and it’s just good to see this man think about his kids so much. The community loves him because he’s always trying.”

Spencer said he will not be deterred by financial setbacks in caring for his children.

“As a father yuh affi push out and do your best. Sometimes me nuh have it, but me just go out and pray and hope for the best and provide for them, nuh care how it little,” he said.