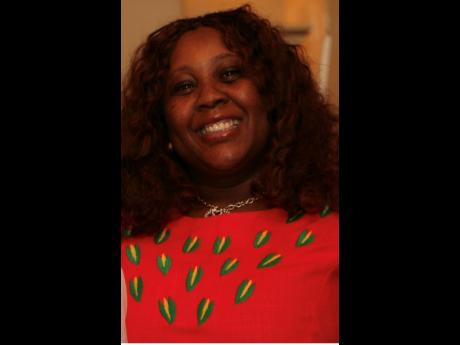 The late Dr Carol Grant-Fallah, who had the enviable distinction of being the only female dentist from Jamaica to be awarded a Fellowship of the International Congress of Implantologists, has been immortalised by the Montego Bay-based International Postgraduate Medical College (IPMC).

In a ceremony yesterday, members of Grant-Fallah’s family and some of the leading personalities in the local dental fraternity were present at IPMC’s location for the naming of the Oral and Maxillo Facial Diagnosis and Medical Suite in her honour.

Grant-Fallah, who was renowned in Montego Bay, St James, and Lucea, Hanover, for her all-round competence and professionalism as a top-flight dental practitioner, died on May 10 last year, leaving a void her colleagues said has been hard to fill.

In paying tribute to Grant-Fallah, who was a practising dental surgeon both with the Ministry of Health and privately with Western Regional Health Authority (WRHA), Dr Irvin McKenzie, the current chief dental officer for the Ministry of Health and immediate past dean of the College of Oral Health Sciences at The University of Technology, Jamaica, described her as exemplary.

“Dr Grant-Fallah’s performance was exemplary. At her graduation from her university in Russia, such performance continued as she served the people of Jamaica,” said McKenzie. “She was a force for change and a gentle giant, who dedicated herself to delivering high-quality service.”

McKenzie further stated that Grant-Fallah was the first to introduce endodontis services in the WRHA. He also noted that her performance was highly rated among all government dental surgeons.

Joan Manderson, one of Dr Grant-Fallah’s former patients, was full of praise for her as she paid tribute to her expertise at the ceremony, describing her as one who practised painless and fearless dentistry.

“She was blessed with professional expertise, integrity, and had a compassionate concern for those on the other end of the drill,” said Manderson.

Kevine Miller, another of Grant-Fallah’s former patients, said she most impressed by the compassionate manner in which she did her work, adding that she loved life itself, politics, music, and food.