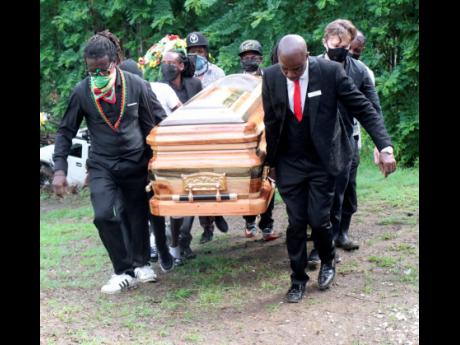 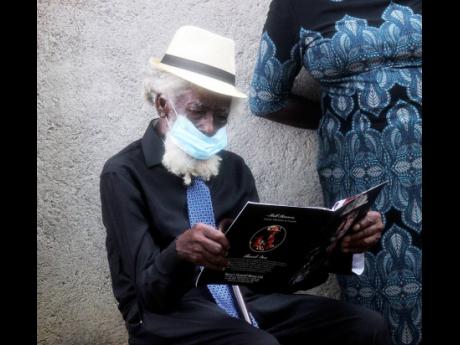 The widow of late reggae giant Rainford Hugh ‘Lee Scratch’ Perry yesterday told mourners that the COVID-19-induced shutdowns and restrictions within the entertainment sector globally may have contributed to the iconic producer’s death.

“Music was his life, and I believe that not being able to do his shows and go on his tours as he would have wanted to help in bringing about his untimely demise,” Mirella Perry said yesterday during a thanksgiving service for the musician.

Adding that like the rest of the music industry, Perry’s wife of 32 years said that his family was left shocked at his passing as he was not ill, but met with an unfortunate accident, which resulted in his death few days later.

“Over the past year and a half, he had a limited number of shows due to COVID-19, and right in the period when he started to get some shows, and he had a show coming up, that was when he died,” said the grieving widow, who began to manage her husband’s career days after they met.

She said that her late husband was a healer, who made people discover things deep within them that they didn’t know existed, adding that he also loved to make people smile.

Perry was born in Saxon district, Hanover, in 1936, and had four children – Shida, Gabriel, Noel, and Colette.

He died at age 85 on August 29 while being transported to a hospital in Hanover and was laid to rest in a family plot in Caudwell district, Hanover, yesterday.

During his career, the Grammy Award-winning musician, who copped the Best Reggae Album honours in 2004 for Jamaica ET, was honoured for his achievements in reggae music with the sixth-highest national award – the Order of Distinction – in 2012 by the Government of Jamaica.

Perry worked alongside other reggae music pioneers such as Bob Marley and the Wailers, Junior Murvin, the Congos, as well as several other producers, including Clement ‘Sir Coxon’ Dodd.

Perry was instrumental in the production of songs such as Curly Locks, Dreadlocks in the Moonlight, I am a Mad Mad Man, and City Too Hot.

Hanover Western Member of Parliament Tamika Davis, who spoke on behalf of Entertainment and Culture Minister Olivia Grange, took mourners on a trip down memory lane, highlighting some of Perry’s best times and his contribution to reggae music in Jamaica and around the world.

Davis said that the Government has plans to erect a monument in Perry’s honour in Green Island, Hanover.