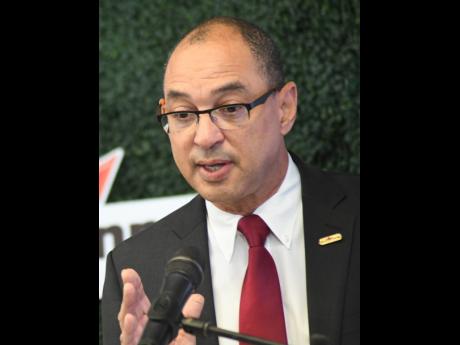 Despite the threat from strong economic headwinds with global inflation rates also a major factor to contend with in 2022, the Jamaican economy is on a solid platform to withstand these challenges, according to Don Wehby, government senator and Group CEO of GraceKennedy Limited.

Crediting the Government’s prudent fiscal management for the steady economic recovery it continues to enjoy, the Government senator however warned that much more needs to be done to keep Jamaica on track, in light of the pressures of the COVID-19 pandemic.

“In my opinion, this Government gets an A-plus for its management of the economy through this crisis,” Wehby told the Senate on Friday.

He highlighted some of the Government’s economic achievements in 2021 which were underpinned by prudent fiscal management. These include economic growth of 12.9 per cent in the second quarter and another 5.8 per cent for the third quarter of the year.

“The growth exceeds the pace of recovery of our Caribbean peer countries. This is clear testimony to Jamaica’s resilience as a country but we are still not out of the woods yet,” the businessman cautioned.

Another economic plus he highlighted was the fact that in October 2021 the ratings agency Standard & Poor’s revised Jamaica’s economic outlook from negative to stable and also affirmed its B+ credit rating. To build on this platform however, the Government will need to continue to make decisions that will help the country to achieve full recovery to pre-pandemic levels, Senator Wehby advised.

The J$3 billion programmes that were launched to help micro, small and medium-size (MSMEs) businesses to reset their operations had a significant multiplier effect, according to the GraceKennedy Group CEO. He explained that MSMEs account for 90 per cent of all firms, 60 per cent of employment and 40-60 per cent of the input for most economies.

“This is going to help the cookshop owner. It’s going to help the hairdresser, the plumber, the barber, the furniture man around the road. Not the large companies but the small companies that put food on the table for so many families, while contributing to national development.”

Meanwhile, Wehby paid tribute to former Opposition leader and president of the People’s National Party, Dr Peter Phillips, for the pivotal role he played as finance minister in laying the groundwork for the economic success that the Government now enjoys.

“I, as a private sector leader, want to take the opportunity to recognise Peter Phillips because he was the one who started this journey and handed the baton to Audley Shaw and now Nigel (Clarke) is doing a good job.”