‘Make a dent in the universe’ 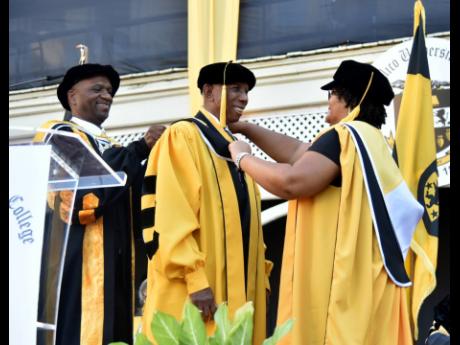 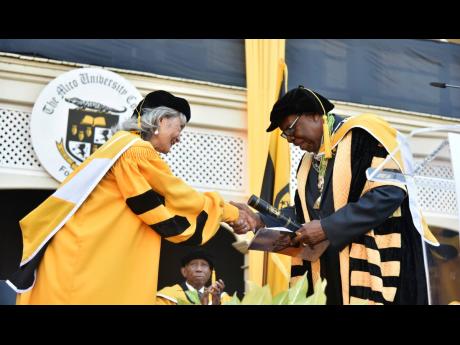 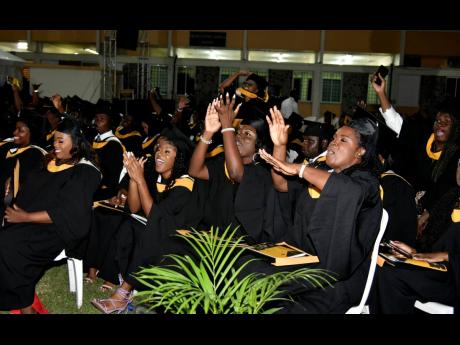 Kenyon Hemans/Photographer
Graduates of the Mico University College celebrate during their graduation ceremony on Thursday.
1
2
3

Graduates of The Mico University College on Thursday received a lecture on the importance of people development from founder and CEO of Island Grill, Thalia Lyn, who was bestowed with an honorary doctorate.

Lyn, reminiscing on the journey that brought her to this milestone, told the more than 400 graduates that it was her father who sparked not only her entrepreneurial spirit, but also taught her “the importance of people in our lives and the value of self-reflection”.

Island Grill has since expanded to 16 stores with number 17 set to open in Spanish Town, St Catherine, next month.

As the restaurant chain grew, Lyn racked up numerous awards, including Business Leader of the year in 2002 and 2007 from the Florida International University MBA Classes. In 2001, she received the Jamaica Chamber of Commerce Entrepreneurial Award and the Ernst & Young Caribbean Entrepreneur Award.

She was the Immaculate Conception High School Inaugural Hall of Fame Outstanding Business Leader in 2013 and was the second woman to be inducted into the Private Sector Organisation of Jamaica (PSOJ) Hall of Fame.

Lyn told graduates that it was the emphasis placed on people development within her company that made all of these achievements possible.

“The well-being of the team is at the heart of what we do. It’s our responsibility to continually support and develop our people and their skills. We are not only in the jerked chicken business, but I would offer this to you as graduands of this esteemed institution dedicated to education, Island Grill is in the people-development business,” she said.

Lyn, who holds a Bachelor of Arts in English from Manhattanville College in New York and previously taught at her alma mater, Immaculate Conception High School, reminded graduates that learning never ends, and charged them to be a good influence in the world.

“The future of education is bigger than the classroom. You learned that during COVID, and doesn’t end with the attainment of a degree. It is a lifelong endeavour. It’s about teaching and learning from the people around us so we can all move forward together. Thanks to The Mico, you are now equipped to teach, inspire and uplift. Be intentional about how you impact the lives around you,” she said.

As a philanthropist, Lyn, who chairs the NCB Foundation, has made significant donations to The Mico, through sponsorship and promotion of the All-island Math Competition, which targets students at the primary, secondary and tertiary levels. The winning school used its prize money to build a mathematics resource room. Her humanitarian work at the university also provided short-term training interventions in computer skills and entrepreneurship for more than 200 unattached youths.

In 2003, Lyn was appointed honorary consul general of the Kingdom of Thailand and in 2005 awarded the Most Noble Order of the Crown of Thailand, Commander 3rd Class, and is a recipient of the Order of Distinction, Officer Class from the Government of Jamaica.

“You must remember that your true purpose is to pass the baton to the next generation, as my father did with me, and me to my children and grandchildren, so that they can do more and go further than you did. That is the measure of success, and that is how you make a dent in the universe,” she told the graduands.