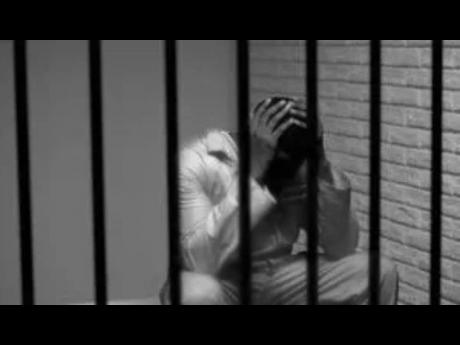 Imran Ferguson was arrested and charged with malicious destruction of property, and placed in the holding area, in full view of police officers on duty at the Spanish Town Police Station lock-up, pending bail.

The Supreme Court has awarded Muriel Fraser just over $2.4 million for the death of her son, Imran Ferguson, who died as a result of injuries he received from being badly beaten in police custody in 2010. Fraser had sought $20 million as redress...

The Supreme Court has awarded Muriel Fraser just over $2.4 million for the death of her son, Imran Ferguson, who died as a result of injuries he received from being badly beaten in police custody in 2010.

Fraser had sought $20 million as redress for constitutional breaches and vindicatory damages, but was only awarded $2.4 million in damages, in addition to special damages of $60,000, which she had borrowed to assist with funeral expenses. The Ministry of Justice had contributed $120,000 toward the funeral.

The mother of the 21-year-old farmer and construction worker had filed the claim against the Government in 2012. The attorney general did not file a defence, so a default judgment was entered in January 2018.

In October, Justice Tania Mott Tulloch Reid made the award for damages after hearing submissions and reviewing evidence.

Costs were awarded to Fraser.

“The case is going to be appealed,” attorney-at-law John Clarke told The Sunday Gleaner last week. He had instructed attorney-at-law Kimberley Facey, who represented Fraser in the matter.

Facey had argued that $6 million should be awarded for pain and suffering and loss of amenities, but the judge determined that $600,000 would be appropriate for the loss he experienced as a result of the assault and battery. The judge found that because Ferguson was unconscious, his pain and suffering would not be as significant as that of a conscious person with similar injuries.

Attorney-at-law Taneisha Rowe-Coke, who represented the attorney general, had submitted that the claimant had not established any evidence to suggest any breach of Ferguson’s constitutional rights. The judge agreed and made no award.

Similarly, no award was made for aggravated damages, as the judge found that there was no evidence that the deceased suffered mental distress because of the manner in which the defendant committed the tort.

According to reports, on January 10, 2010, Ferguson, who lived in Green Acres, St Catherine, was taken into police custody for damaging the windshield of a motor vehicle that was being driven by a female.

He was arrested and charged with malicious destruction of property, and placed in the holding area, in full view of police officers on duty at the Spanish Town Police Station lock-up, pending bail.

Six days later, Ferguson was found unresponsive on the floor of the cell and was taken to the Spanish Town Hospital. He was later transported to the Kingston Public Hospital, where he died three days later.

Fraser said she did not know that her son was either jailed or hospitalised. She said someone who worked at a funeral home and knew her son told her his body had turned up there tagged with a different name.

The post-mortem and medical reports revealed that Ferguson suffered a fractured skull and multiple blunt force impact to the extremities, head and other parts of the body. The post-mortem report stated that the head injury was caused “by a hard and heavy blunt weapon with [a] small striking surface”.

The judge, in deciding the amount to be awarded for false imprisonment, said “it is, however, clear that while he was in the custody of the police he was beaten to the point of unconsciousness”. She said it was not known who inflicted the injuries, but those were responses that should have been part of the defence.

“In any event, the police officers had a duty at common law and through a policy established by the Jamaica Constabulary Force to ensure that persons held in their custody were safe. That harm came to Mr Ferguson while in custody means that the duty was breached and the policy was not complied with,” the judge said. An award of $130,000 daily was made for the nine days and 10 hours he spent in custody.

Commenting on the award for exemplary damages, the judge emphasised that the amount being awarded should be sufficient to punish the defendant and set an example for others.

The judge said the cell diary suggested that there were several inspections of the lock-up throughout the day of the incident, January 16, 2010. The record suggested that at 6 p.m. that day, all 76 prisoners were in “safe custody”. The judge said she was not sure that the wounds stated in the post-mortem report could have been inflicted in the space of five minutes. The cell diary stated that Ferguson was taken to hospital for treatment at 6:05 p.m.

“The police officers were not as careful as they should have been in carrying out their duties. Their failure to realise that Mr Ferguson had been injured and needed medical assistance in a timely manner affected the circumstances which led to Mr Ferguson’s death,” the judge added.

“I find the police officers disregarded Mr Ferguson’s rights and their behaviour was flagrant.”

During an inquest, a special coroner had also found the officers’ behaviour to be “grossly negligent” and even considered manslaughter as a possible charge. However, no one was charged.

An award was not made for loss of future earnings, as the judge found that there was no proof presented as to Ferguson’s earnings. The judge said she was not of the view that Ferguson was working at the time of his death or that he contributed to his mother’s financial well-being.

Based on previous court awards, for loss of expectation of life, the claimant had suggested an award of $240,000, which the attorney for the defendant said was a reasonable sum and the judge agreed.

Fraser said her son, a past student of St Catherine High School, wanted to be a soldier.