I'm an informer! Justice of the peace says his duty is to maintain law and order 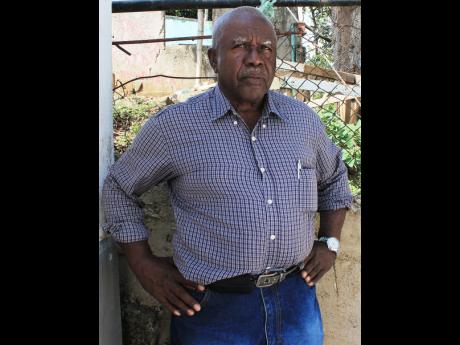 Farmer and retired businessman Lloyd 'Busher' Neil agrees with Justice Minister Delroy Chuck's ambitious plan to increase the number of justices of the peace (JPs), but insists that applicants should undergo a rigorous vetting process to ensure their intentions are sincere.

In a bid to help tackle the country's escalating crime problem, last month Chuck announced plans to double the number of JPs to 12,000, and although Neil acknowledges the move would improve security in local communities, he is nevertheless of the view that selecting just a handful of bad candidates would further escalate crime and violence.

The former shop owner from Lucky Hill, St Mary, told Rural Xpress: "Here in St Mary, the JPs are trying their best to do more to engage with their communities. I have been a JP for over 20 years now, and I'm one of the people trying to recruit new JPs who are better than myself; but you have to be very careful who you encourage to be a justice of the peace.

"You have to watch them and see how they grow up, because if you put a justice of the peace into the system who is corrupt and a criminal, he will mash up the system completely, and we can't afford that.

"When you see a young person reach a stage of maturity in their life, and they are doing something for themselves, you encourage them, but you can't take up just anybody because it's very difficult to tell who is going to become corrupt in the future."

Neil claims that poor parenting has led to a situation where few young people respect their elders, and believes law and order can only be restored if citizens are willing to work with the police.

He explained: "I think parenting is the biggest problem we have. Here, in the district of Jeffrey Town, up to last week, one woman had three sons who died by the gun; one hasn't even been buried yet. Home training is a problem because when I was young, I couldn't even think of stealing. I would always try and find some way to utilise my hands.

"The problem in St Mary is that we have a lot of agencies encouraging people to do farming and all different types of work, but they are not working. Jeffrey Town is one of the biggest districts in the parish, but it also has some of the most idlers (laughs).

"These days, everybody wants handouts. Every young boy you see is looking for a handout, and the police are hampered by a lack of transport, personnel and resources."