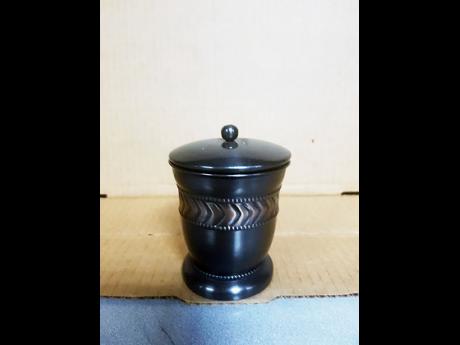 Contributed
Another of the urns with human remains now being held at the Queen's Warehouse in Kingston. 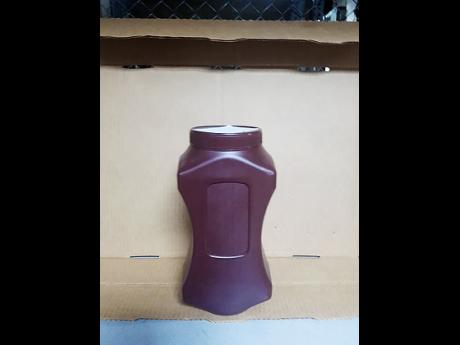 Contributed
One of the urns with human remains now being held at the Queen's Warehouse in Kingston.
1
2

Three weeks after The Sunday Gleaner started probing reports of a pile-up of unclaimed urns at the nation's ports, the Jamaica Customs Agency (JCA) has confirmed that scores of persons have seemingly abandoned the remains of who should be their loved ones.

In a notice in the newspapers last Wednesday, the JCA gave persons a one-month deadline to collect the urns.

"Failure to do so will result in the JCA taking the necessary steps to hand over the remains to the authorised regulatory body for disposal," said the agency in the notice.

According to the JCA, at least 19 urns are gathering dust at the Queen's Warehouse facilities in Kingston and St James.

One urn has been in the custody of the State since 2014, when it was detained at the Norman Manley International Airport (NMIA) after the relatives of the deceased failed to provide a permit from the Kingston and St Andrew Health Department.

Janice Walker, director of post-clearance audit at the JCA and a former director of operations at the NMIA, told our news team that at least three of the urns which are awaiting pick-up by relatives at the island's two main airports were detained this year.

"Persons who are coming to Jamaica need to seek proper information before coming in with it, and if you find yourself in this situation and we tell you where to get the permit, get it and come back because it is your loved ones, we don't want to keep it," said Walker.

She said on many occasions she has gone beyond the call of duty to help relatives secure permits to import the urns.

"Many times, the relatives turn up with the urn and they are grieving. So we try to reach out and do our best to help them. It's sensitive so we really try to assist them," added Walker.

More than 200 urns with human remains have been detained at the airports since last April, but the vast majority were released after the families secured the necessary documentation, including the cremation certificate and a permit from the Kingston and St Andrew Health Department which cost $3,000.

Last week, representatives of the health department told The Sunday Gleaner that the cremated remains usual pose no health risk to the public, and persons are allowed to dispose of them openly.

Persons who have not yet collected urns are asked to contact the JCA as soon as possible as the organisation ramps up its sensitisation efforts locally and internationally.

"There is a need to do more in terms of educating persons not just about restricted items but to zero in on those areas where we see increased activities," said La Donna Manning, public relations director at the JCA.