'Desperate dad' is dead - Months after a bitter battle to get visitation rights to his son, father dies in road crash 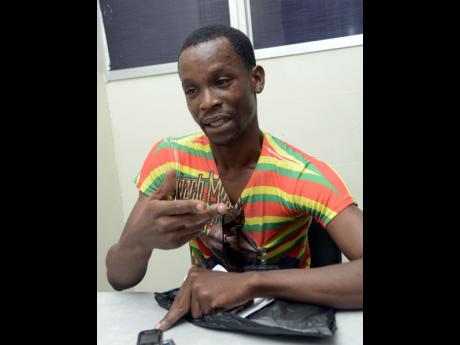 Albert Crosdale, the man who last May sought the assistance of The Sunday Gleaner after being denied visitation rights to his five-year-old son despite a court ruling, is dead.

Crosdale's mother, Patricia Rhoden, said her son died in a car accident last Sunday, leaving behind a three-year-old daughter and the boy who is still living with his mother.

Crosdale was reportedly on his way to pick up a relative in St Thomas about 4 a.m. last Sunday when the vehicle he was driving slammed into a wall, killing him.

"It looks like he slept away because he crashed into a wall. He was alone in the car Sunday morning. He was going to Spring Gardens to pick up his uncle at a nine night," said the distraught mother.

She noted that Crosdale's death has hit the family hard.

"Boy, I am trying. I am hanging on. We have not got the body as yet, the funeral home has it so we have to wait until they do the autopsy and everything before we can get it," said Rhoden, who is being helped by other family members in Yallahs, St Thomas, to care for Crosdale's young daughter.

His son is another matter.

"I have the little girl, she gone to school but I don't see his son," said Rhoden, as she pointed to her son's ordeal with the mother of his first child.

In May, Crosdale told The Sunday Gleaner that he felt he was losing his mind after being barred from visiting his son by the boy's mother, who he claimed was blatantly violating Family Court orders.

"Me just want to have a relationship with my child. Me just don't want me son to grow out of my life. Me just cannot manage it, and sometimes, to tell the truth, mi feel fi just tek mi life and just forget about it," sobbed Crosdale during an interview with our news team.

But his relatives say there is no evidence to suggest that he committed suicide. They added that he had seen his son in recent months.

Last Thursday, the Road Safety Unit in the Ministry of Transport reported that 273 persons have been killed in 251 fatal crashes across the island since the start of this year.