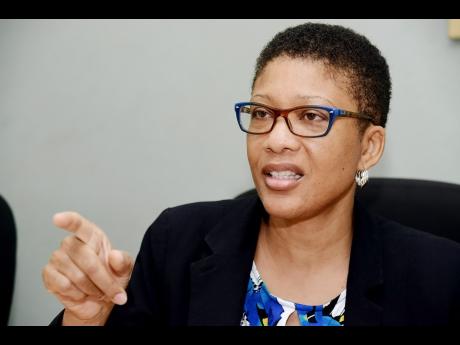 Recently elected president of the Jamaica Council of Churches (JCC), Merlyn Hyde Riley, is urging the local Christian community to empower women who see abortion as an option instead of condemning them.

Hyde Riley, the first female to be elected the president of the JCC in its 76 years, said the issue of abortion is a difficult one for many women, and the Church needs to understand the issues.

"One of the problems with us as a country, and as a people, is that we sometimes are unwilling to hear other perspectives, other views, and to see value in other people's opinion simply because we disagree with them," Hyde Riley told The Sunday Gleaner.

"Whatever position the Church adopts on the issue of abortion, sanctity of life, the moral grounds and so on, the Church must also pay attention and seek to empower women. Many women who end up choosing abortion, as illegal as it is, find themselves in situations of desperation," added Hyde Riley.

She argued that many Jamaican women are in circumstances where they cannot determine whether or not to have sex with their partners, while other women at times have no say in whether their partners use contraceptives, and some are even raped.

"It is good to take the high moral ground, but as a Church, at the same time as we espouse our beliefs and our theological positions, I would also like us to realise that we also have a responsibility to these women who are going to have abortion in the back-door clinics. How can we empower them?

"How can we empower them so that they don't necessarily have to get to the point of abortion?" said Hyde Riley.

The past student of Ferncourt High School, who holds degrees in history, theology, plus gender and development studies, noted that the JCC represents at least 11 denominations and argued that it could be a veritable force if these denominations work together towards a collective agenda.

Last week, The Sunday Gleaner reported that scores of Jamaican women were turning up at the Victoria Jubilee Hospital with complications due to botched abortions.

Since January, at least 1,088 expectant mothers who turned up at the hospital had bleeding in early pregnancy, with at least 91 of them admitted to having attempted to abort the foetus while an additional 47 had abortion-related complications.

According to Hyde Riley, though the abortion stories are frightening Jamaicans, especially church leaders, must embrace collective social differences.

"We are people and we come to the table with different backgrounds, different understanding and interpretation of issues. We will never get to a place where everybody agrees and, therefore, the JCC has never sought to get to that place, but we aim towards consensus," said Hyde Riley.

She said she is convinced that her recent election is nothing more than God's desires, and she is bent on promoting better values and attitudes, especially through schools owned and operated by churches in Jamaica.

"The whole issue of values and attitudes is of great concern to me, and not just me alone but for all of Jamaica. We have seen so much deterioration taking place in our society," said Hyde Riley.

"People tend to be supportive of programmes depending on which party is in power, because of their political affiliation. Governments change and undo what the previous one did because they want to put their own stamp.

"Because of that we don't get much progress. I think the church should take the lead," added Hyde Riley, who was elected to lead the JCC on October 26.

She added that her presidency will endeavour to foster consensus among churches.