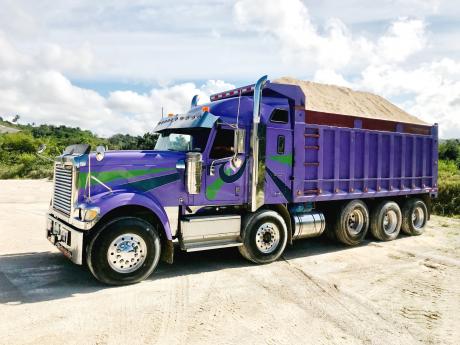 Contributed
A properly loaded truck from Lydford Mining Company ready to take manufactured sand to the Port of Ocho Rios for export. 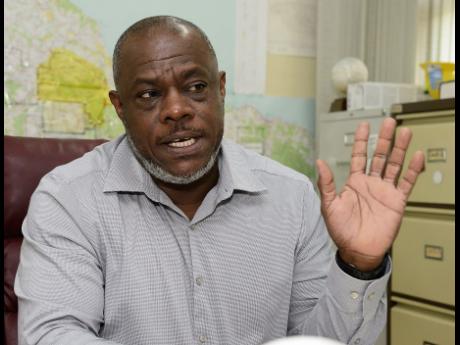 The overloading of trucks transporting quarry material remains a major concern for Commissioner of Mines Roy Nicholson, who is again appealing to operators to discontinue this dangerous practice.

Nicholson last week noted that it's not unusual to see trucks loaded with sand and gravel to the point where they are unable to drive, as the operators try to make fewer trips to cut cost.

"Just a couple of weeks ago, I had to send letters to every single quarry operator in the eastern side of the island, St Mary and Portland, because trucks are not properly loaded, they are not properly covered, so we are having spillage on the roadway going towards Port Maria, in some dangerous sections they have up there.

"The letter was a warning, if it continues, then what we do is go there with the police to see which trucks are actually doing this, and find out which quarry they are coming from," Nicholson told The Sunday Gleaner.

He noted that with a parish such as St Thomas, where more than 15 quarries operate, and with extremely narrow roadways, driving behind an overloaded truck can be life-threatening.

"It is dangerous. Overloading will have quite a lot of strain on the vehicle itself, and excess strain can lead to any kind of break or damage to that vehicle, and let's say a tyre might burst because of the overweight or the axle might burst, and you are driving behind one of these trucks, the possibility exists that it might overturn, it can damage you, the oncoming vehicle, it might kill the person inside if it overturns," said Nicholson.

"This practice can also lead to loss of production, because let's say something like one of those trailers should break down, God forbid, or turn over in the road, in that small road area like when you talk about coming from St Thomas, you know it's going to be quite a while before they can remove that out of the road, so you are going to have loss of production and time wasted," said Nicholson.

The commissioner reminded the truck operators that the overloading of the vehicles is a breach of their licences.

"Based on the condition on the licence, it would state that the truck must be loaded in a particular way, and if we realise that truck X is not loaded this particular way, we have to give them the citation that they have breached.

He said over the years, several persons have been prosecuted for this practice, and the plan is to continue doing so, in order to put a stop to it.

"We want them to adhere to the amount of material that they ought to carry, hence there was a scale out in Harbour View where they had to stop and check the trucks.

"I know a number of persons were prosecuted, and so we are looking to work much closer next year with the police, because based on the amendments of the Quarries Control Act, we want to ensure that everything is right for everyone," added Nicholson.