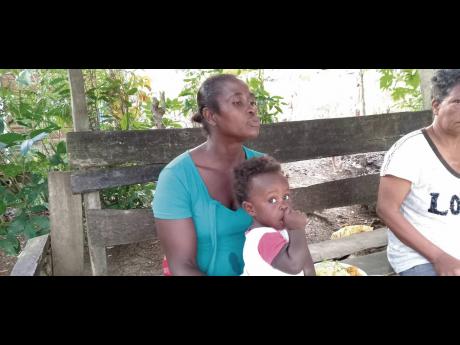 Photo by Gareth Davis
Carmel Russell, a resident of Esher in St Mary, speaks of her challenge in getting water, which has been absent in their pipeline for more than three weeks. 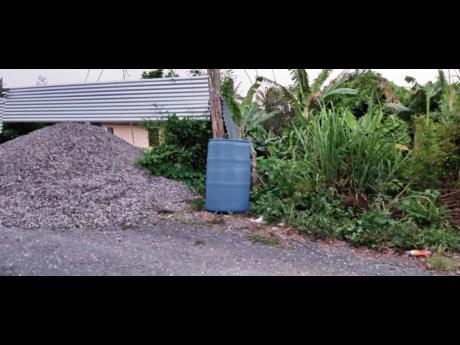 Gareth Davis
A drum placed along the roadway by a resident who is awaiting the arrival of a water truck.
1
2

Residents at Esher community in St Mary have been without piped water for more than three weeks, which have caused high levels of frustration among them, as they are unable to carry out their domestic chores.

The absence of the scarce commodity (piped water) has also caused undue hardships on residents in other adjoining communities including Highgate and Richmond, who are experiencing similar challenges, as the parish continues to experience severe drought conditions.

The situation is also compounded by a policy implemented by the National Water Commission (NWC) regarding the trucking of water to the affected areas, where priority treatment is provided to their customers only, while others are left to fend for themselves.

“When water is trucked into the area, unless you can provide a NWC water bill, dog nyam yuh suppa,” said Carmel Russell, a resident of Esher in St Mary.

“We have not had water in our pipes for more than three weeks now and many of us are dependent on rainfall for survival. But it hasn’t rained for some time now and, as a result, we are unable to carry out certain basic domestic chores on a regular basis, including laundry. The nearby river is at its lowest, so things are getting from bad to worst. And unless we are hooked up to the NWC system, then the truck driver will not give us any water, “ she added.

Another resident, Jennifer Dunkley, argued that whenever piped water becomes available, which is probably once per week, some residents attached water pumps to the pipelines and that they are the ones getting the water, while those without pumps are left to suffer.

Member of Parliament Dr Morais Guy told The Gleaner on Monday that the absence of piped water in that community has been a perennial problem for decades now, as the water catchment area that feeds several other communities is grossly inadequate.

“The reality is that the entire area served by the Agualta Vale system has been under pressure for the past four weeks,” said Guy.

“This is part of the reason why Esher is not able to get any water. The reality is that all the areas served by that system have been under challenge. Because of the drought system, they have had to be utilising a well as opposed to the source out of the Chrissy Spring. The NWC has trucked water to the area, but they too have a policy where they give priority to their customers. The NWC no longer gives out social water.

“As it relates to residents attaching water pumps to the NWC pipeline, that is an encroachment on their part, which is illegal. It is, therefore, necessary for the NWC to investigate these allegations and to prosecute, as it is rather unfair for some people to be getting water, while others are being denied that water rights. As MP for the area, I will definitely be looking into how best I can find the necessary resources to truck water into the area so that every household can benefit. The community itself gets water once per week through their pipelines,” Guy added.