With God’s help, we did it for our sister 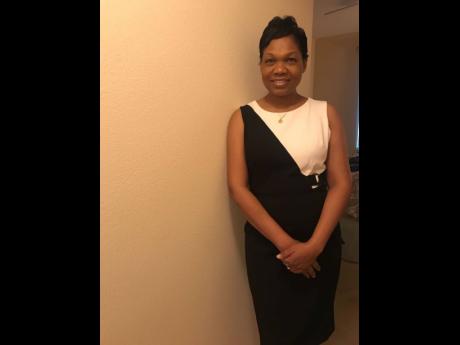 Contributed
Shermaine Gordon, who passed last year, is being honoured by her two sisters. 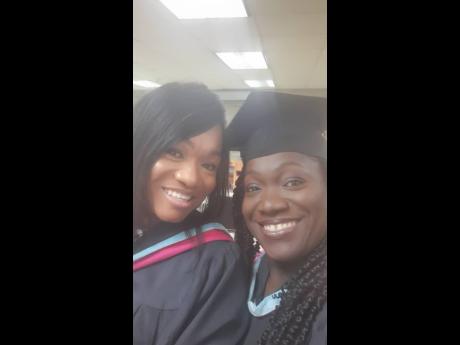 They grew up in a home filled with love and much laughter, but what made it even more special was the bond shared among siblings, particularly the three girls.

It was this bond that saw Leisa Gordon-Dawson and Lisean Gordon making sure their actions were always in line with the moral guidelines of their parents and, more importantly, the encouragement their sister, Shermaine Gordon, gave them to face challenges, conquer fear and achieve their dreams.

The two described their sister as the backbone of the family, who would always go above and beyond for the people she loved; which meant it was easy for persons to want to make her proud.

Though there was not a significant age gap among the three, the Gordon sisters described their late sister as their second mother.

“She was a mother figure to us. She was stern and insisted that we held our heads up. She did everything to ensure that we did just that. We were never in need for anything where she was concerned,” said Lisean.

She added that the bond that was established while they were growing up in Carterwood, Trelawny, continued all the way into adulthood.

“There was always excitement in our closely knit family. Our father is a bishop, so we grew up in the church and a lot was expected of us ... we are God-fearing people. As adults, we all remained connected and Shermaine would communicate with us on a daily basis, sometimes more than once for the day,” said Lisean.

But things took a turn when the main link began losing its hold.

“Our beloved sister was battling cancer (sarcoma) for over 10 years on and off. In January 2020, she was fine and even bought a new home where she lived in California, USA. She was up and about and everything seemed okay. However, around this season last year, we realised that she wasn’t communicating with us as often as she used to and we knew something was wrong.”

Lisean said her sister did not want to tell them that her health had taken a turn for the worse because she was more concerned with how they would cope, rather than how she was doing in the hospital.

“Because of her encouragement, we had started the master’s in education programme and we were in the middle of our studies when all of this was happening. We basically uprooted and went to California and we were there teaching online and studying while taking care of her.”

Leisa said her sister, even in her sickness, encouraged them to finish the programme and reminded them that, if they felt they had to stop for whatever reason, she was there to help them.

“Our sister passed in December 2020 and we were all there to see her take her last breath. It was a difficult time for the family and Lisean and I felt there was no point in continuing. There was no will to do anything more. It was an emotional roller coaster,” she said

Lisean told Family & Religion that Shermaine got her wish and was surrounded by her family in her last moments, but the family struggled and still continues to struggle with that loss.

“We were just there and the agony of just watching her take her last breath and knowing there was nothing we could do ... . That last breath gave me nightmares and it was so hard to focus, but our sister was always behind us and we knew she would have wanted us to complete the programme. She was at peace and it was not her wish for us to cry ... she wanted us to do well and be well,” Lisean said.

“I believe with all my heart that it is the faith in God, through Him, through His strength, through everything that we are here today. It was only God who could allow us to stand with her, who could make the way for us to be with her and take us through. It was His Divine will,” Lisean added.

Leisa and Lisean, who graduated in August with a master’s in education, say their degrees are dedicated to their sister, who never wavered in her support for them ... and so many others.