‘My people are destroyed for a lack knowledge’ 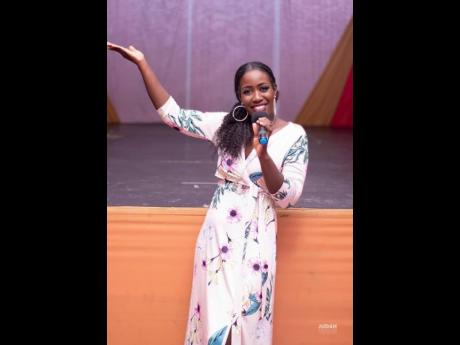 ‘My people are destroyed for lack of knowledge …’ Hosea 4:6

SEVERAL CHURCH folks have come out in condemnation of the recent happenings at the Pathways International Kingdom Restoration and the slavish way in which members mindlessly obeyed then leader Kevin Smith.

Shanika Sutton, who operates a deliverance ministry, notes that such deception is an end product of a lack of intimacy with God.

“Many people are currently looking for solutions, pointing fingers or trying to reconcile what happened in Montego Bay with their natural senses. However, the fact is this would not have happened if more people spent time getting to know God for themselves, building a relationship with Him through reading the Word, and developing a habit of praying consistently,” she said, noting that idolising leaders is what led to the incident.

Sutton noted that unbeknown to many, the recently exposed Pathways International is but one of several cults in Jamaica.

“I shared a dream some two years ago on Facebook about the many murders that were taking place and the connection it had with human sacrifices done as a part of evil rituals. In the dream, many bodies were piling up, and immediately after that, I saw a warlock/sorcerer who told me that he and the other sorcerers are responsible for the many deaths in Jamaica and he hates when Christians pray because it hinders their evil works. He also mentioned that when Christians are in ignorance of these activities, they have more opportunity to do more rituals and blood sacrifice,” she shared, adding that if more Christians sought God for themselves and not just through their leaders or churches, they would be more spiritually aware and fully armed to defeat the devil and his agents.

Sutton told Family and Religion that upon careful observation of the late cult leader and his teachings, she noticed that there was no testimony of Jesus Christ.

“He never made any mention of the importance of living holy, He set himself up as an idol by referring to himself as ‘his excellency’ and ‘I am that I am’, and he gave false prophecies that contradicted the Word of God, for example, the flood he claimed was coming to Jamaica. The Bible is clear that God hates idolatry (1 John 5:21, and the Word of God also states that anyone who does not preach the gospel of Jesus Christ is accursed. (Galatians 1:8-9),” she shared.

The deliverance minister added that the Word of God says that any spirit that does not confess that Jesus Christ came in the flesh is a spirit of the Antichrist. (1 John 4:2-3), noting that if more people studied the Word, there would be no place for manipulation.

Sutton described as unfortunate the suspicions that others are now raising against ministers in general and those who identify themselves as prophets.

“I heard some persons mention that it is best to stay in your traditional church and follow your pastor and avoid those who call themselves prophets, however, Jamaican history has shown that many pastors have been caught in the act of raping children, and many traditional churches have been the subject of horrendous scandal. So clearly, that is not the answer. I have also heard some religious organisations saying that we ought to watch cults that come under the guise of a church. However, the devil is a spirit being and cannot be monitored through natural means,” she said.

Sutton shared that her own spiritual encounters have revealed that the only thing that evil entities fear is the Word of God.

According to her: “The answer is not in pointing fingers or being suspicious, the answer is in having a personal relationship with our Lord and Saviour Jesus Christ, knowing His Word and utilising it. There is no need to be misled by any church or minister or be afraid that you too will be deceived. All you need to do is learn to hear His voice for yourself.”