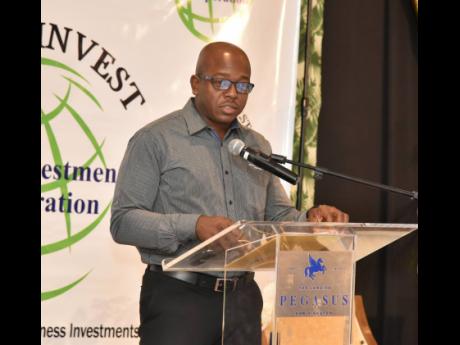 Through the Agro-Investment Corporation, the Government has been ensuring that 20 per cent of government-owned lands is offered to young people aged 17 to 35 years old for production.

Charles was speaking at The Agriculturalist’s Distinguished Women Awards ceremony held under the theme ‘Dedication, Entrepreneurship, Leadership’ at The Medallion Hall Hotel last week Friday, where nine women from various areas of the sector were recognised and awarded for their contribution to agriculture. He also listed four initiatives, including attracting more young people to the industry, that agencies in his ministry have been embarking upon.

He said as the Government seeks to attract new entrants into the agricultural sector, the MFA, through the Rural Agricultural Development Authority, is ensuring that at least 30 per cent of women are selected as beneficiaries of initiatives such as production and productivity programmes, drought mitigation, farmer field schools, on-farm water management, as well as other specialty programmes. He also noted that of the 500 farmers operating in the island’s eight agro-parks and nine agri-production zones, 18 per cent are females, 35 per cent of whom are females under the age of 35.

There is support for women in the livestock industry, especially through the Jamaica Dairy Development Board. There are plans to partner with the World University Service of Canada, a non-profit organisation, for the Sustainable Agriculture in the Caribbean Project, which will help to improve the involvement and growth of women in the small ruminant industry, targeting goat meat and dairy production. Charles said at least 50 women have already expressed an interest in poultry and goat rearing.

Another item on the list of priorities is access to agriculture and agricultural lands. To that Charles said he believes “it is important for us as a government to be strategic in ensuring that our approach recognises the historical barriers” to land ownership. “The inevitable and unfortunate inequities that have become a norm, we now have an opportunity to extract and remove,” he said.

The Government is specifically moving towards agri-business projects to give young people and women an opportunity to know how to export, to answer the questions that they have been asking and having difficulties in finding answers for, to bring experts together, to provide avenues for potential investors to network, and to get people to understand all of the opportunities that exist in agri-business.