NCU students contribute to dining area for homeless in Manchester 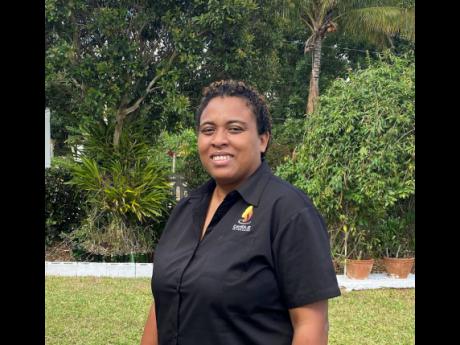 Dozens of residents and beneficiaries at the Candle in the Dark Homeless shelter in Mandeville can now look forward to the erection of a gazebo for dining, following a donation by students in the Humanities and Social Sciences Department at Northern Caribbean University.

A total of $75,000 raised by the students, as part of their final-project requirement for the human skills and strategies class and handed over to the shelter on Wednesday, will benefit the approximately 40 persons who are fed at the facility seven days per week.

Behavioural and social sciences lecturer at NCU, Russell McLean, said he has had a passion for the homeless and the mentally challenged for years, having worked closely with them while living in the United States of America.

GIVING BACK TO COMMUNITY

He said it is against that background that he ensures his students are aware of this often underserved community and to exercise compassion, even as part of the course requirement, by giving back.

“Each semester, the requirements of the class take on a different nature. It may be intervention in the community for a family who may have been a victim of fire, a crisis intervention, or where a body of persons much like what we have here at Candle in the Dark, need assistance.”

Chairman of Candle in the Dark Wendy Freckleton said this has been a long-held need for the facility, especially with the need for social distancing during the ongoing pandemic.

“We have been using a tent to feed some of them and it has been a little bit tattered because we have had it for about three years now. The gazebo would also mean that when it rains it would be a little safer and comfortable for them to have their meals.”

Freckleton admitted that it is often difficult to raise the funds needed to get some things done and lauded the students for their present and future efforts to do more for the homeless and mentally challenged.

She said the donation will go towards buying lumber as sheets of zinc were previously donated by member of parliament for Central Manchester, Rhoda Crawford.

“We may need probably around another $100,000 or so to make it a reality, but I can assure you that we will find a way to raise those funds and hopefully complete the project by the end of May, with opening in June,” she said.

The shelter, which also doubles as an empowerment centre, continues to focus on the holistic care of the individuals who seek assistance at the facility.

“What we do here really helps the wider society and it helps the homeless in this space because they know they have a place to come to and they are treated as first-class citizens in our town.”

Freckleton encouraged persons to buy into the vision of the facility and collaborate on finding a way to help the most vulnerable in the society.