Aramac Entertainment: A pastor’s dream to transform the music biz 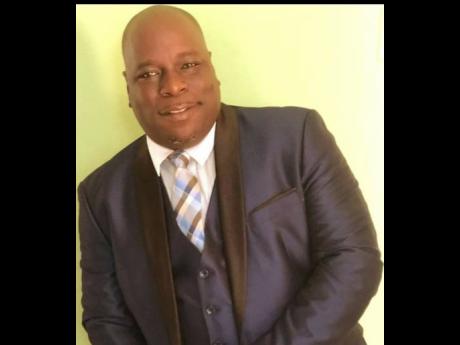 A few years ago, Pastor Camara Rowe ventured into the booking- and artiste-management field under his Aramac Entertainment brand. His integrity, plus the assumption that has sometimes wrongfully tarred the reputation of managers by their clients who have no real understanding of how the business works, saw him making a hasty retreat from that arena.

Looking back, he felt he went into the business without really being ready, or having proper preparation from the Lord. As he puts it, “the flesh” was in control.

After years of focusing on building his church in St Elizabeth and feeding the flock there, he realised that entertainment can be a powerful tool in ministry, not just focusing on gospel artiste, but other areas of the industry.

It was then that the first seed began to take root in his mind about making a re-entrance into the entertainment business.

Still smarting from how the first effort turned out, Rowe said when the thought of taking up the challenge once again entered his mind, he tried to push it aside until it became more forceful and he realised that it was the Lord who was leading him. This time, he said, he knows he has His blessing.

“I can’t explain it, but I think the Lord is gathering his talents – be it journalists, engineers, wherever they are – and bringing us into one powerful unit to take it by force. Christians must now use whatever talent they have to get the message out,” he said.

And with 20 years under his belt, Rowe has now positioned himself and has acquired what it will take to get the ministers into diverse parts of the world, such as Asia and Europe.

Rowe said his hope is that his past experiences and relationships with Heart of Love Productions, owned and operated by Ricardo ‘Bibi’ Gardner and Nigel ‘Nyah’ Grant, will yield a different approach to how reggae gospel is viewed as he seeks to create a nexus between the two worlds.

For now, Rowe said he will be starting out with Jesus Rambo, a young man whose life story is inspiring. He has overcome HIV/AIDS, stage-four cancer and survived being shot.

“The doctors did not have a good prognosis for him, but look at him today. There are many other talents out there with amazing stories and consider the testimonies they can tell in their stories,” Rowe said.

Rowe, who was born in Kingston and schooled in the volatile Trench Town community, was brought up in Whitfield Town and Constant Spring. As he puts it, having the best of both worlds – uptown and the garrison.

Now pastoring at the Living Remnant Apostolic 7th Day Church in Santa Cruz, he sees this as an extension of his ministry as he engages in bookings, management, family-friendly events and, hopefully, hosting crusades with a difference.

“These are changing times … while we will not dilute the message, we have to package it in a way to attract the young people,” he stressed.