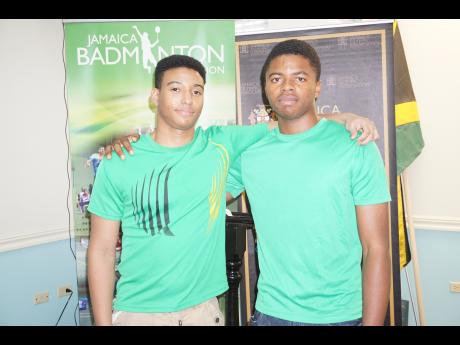 The JOA has provided sponsorship for the two youngsters who will begin their points accumulation campaign at the 2018 Jamaica International Badminton tournament, which was launched at the JOA yesterday. The tournament is set for tomorrow until Sunday at the National Indoor Sports Centre.

While Angus has dreams of topping the tournament, Salmon is focused on the points he needs to qualify for the Youth Olympics in Buenos Aires, Argentina, this summer. However, badminton president, Nicole Case, believes that progressing to the second round, in this massive international tournament which has attracted over 100 competitors battling for the grand prize of U$10,000, will be a great accomplishment.

" Some of these (Jamaican junior) players have competed in other international tournaments and have started to get Olympics points and we want to continue that by letting them play in the Jamaica international," Case said.