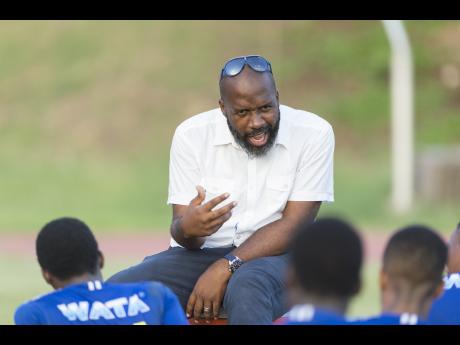 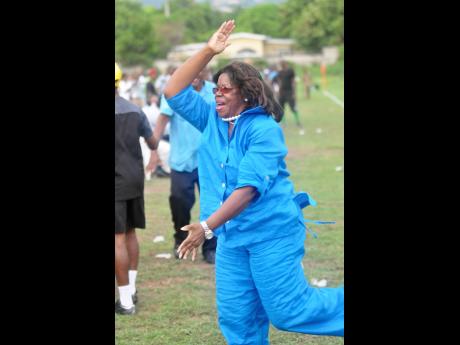 Jermaine Barnaby
Hyacinth Bennett, Founder and Principal of Hydel High celebrates a goal during a Manning Cup game in 2014.
1
2

After a 2-0 victory over Excelsior in the Walker Cup final at Stadium East on Wednesday, the coach recognised the principal for her strong support and commitment to the team and players, and devoted their success to her.

"It's our 25th (year) anniversary so what a way (for the school) to celebrate. Mrs Bennett is at every match, all when we are playing practise matches and scrimmage. So we do this one for her, we really want to dedicate this one to her and the entire school community," he said after the game.

Meanwhile, the school principal said she envisioned the victory, as they had faith in attaining the victory, after the experience of being in a Manning Cup final in 2012.

"I support sports (at Hydel) in general. But I want to give all glory and honour to Hydel's master coach, the lord God almighty. Secondly to my son, Corey Bennett, the head coach and of course to Mr (Leebert) Haliman, the technical director and to Mr (Karumie) Huie, his assistant and of course a heartiest congratulation to the boys who gave it their best shot today (Wednesday)," she commented.

"Remember in 2012 we went to the Manning Cup final, so it is not a new experience going to a final. But I believed we were going to come out on top, faith move mountains. This morning (Wednesday) at devotion we spoke about it (game) and prayed for them and we anticipated this (victory)," she added.

Meanwhile, Corey Bennett, a former Manning Cup player himself with Wolmer's Boys, hopes this first schoolboy football title will give the school a boost and be a catalyst for more success.

"We just hope this one can be a catalyst going forward. We are going through some tough times at the school and we are hoping this one can help the school uplift.  We hope more boys in the school will believe that once you have structure and discipline you can achieve goals. We only had five on the bench because of (in)discipline, so we are hopeful that can help others and help turn things around for the school," he said.