It's a North Street battle for Manning Cup 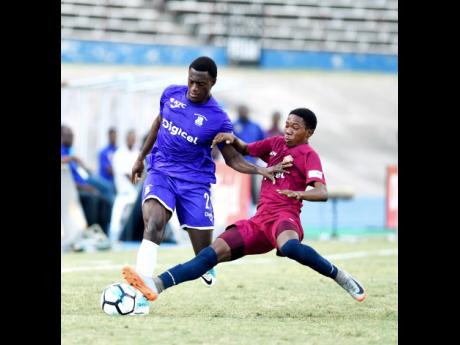 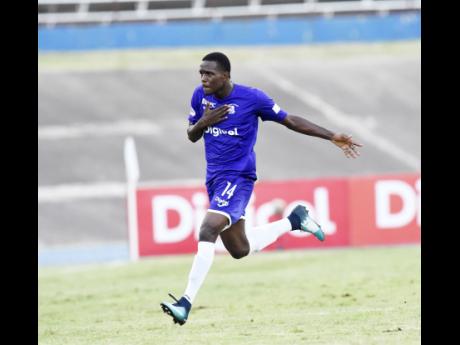 For the first time in six seasons the ISSA Digicel Manning Cup final will be contested without Jamaica College (JC), the 'Dark Blues' of Old Hope Road.

The Neville Bell-coached St George's will meet North Street rivals, Kingston College, in a 'battle of North Street' final, after the 'Purples' avenged last season's semi-final defeat to St Andrew Technical beating their opponents by a similar 2-1 margin in the opening match of the evening's double-header.

"It is disappointing for us, we came here with the expectation that we would have made a sixth straight final, that didn't happen. On the night we failed to put away the chances and we were not as aggressive as in previous games and 'George's' capitalised on that," said JC coach, Andrew Peart.

Chantomoi Taylor (54th) fired St George's into the lead, before Damani Harris added a second on 72 minutes. Although Saqlain Waul pulled one back for JC in added time, it was too late.

"We knew what we had to do to win. JC are a high quality team and we expected they would have done well against us. But we are a confident bunch. Today we didn't have a team talk, I told them we needed belly and heart and whatever happens we will live with that, and they left everything on the park," he said.

In the first game, KC, with goals from Shaquille Smith (50th)and Dwayne Atkinson (70th) went 2-0 up, and although St Andrew got one back through Jevoney Johnson in the 76th minute the Ludlow Bernard-coached team held on to reach their first Manning Cup final in 18 years.

"It feels good and the pressure (from KC fans) is justified because it has been 18 years since we have been here (final) and 32 years since we won the Manning Cup, so the pressure is always going to be on who is at the helm. But these boys have shown a certain resolve," Bernard said.