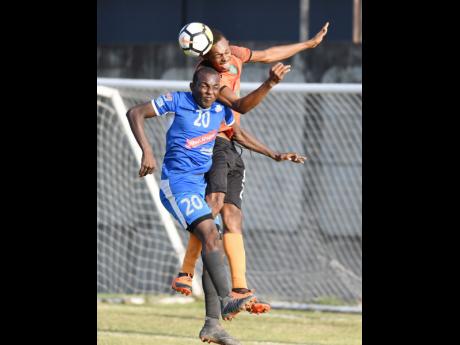 The striker, who has not scored in the last two matches, said although most opponents see him as the main threat, he warns that they have to look out for other players, who have shown over the previous two games that they can step up if he fails to hit the target.

"Our aim is always to beat the next opponent, but this is a top-of-the-table clash so it speaks for itself. Both teams know what is at stake if we win or lose, so it is a big motivation for the two teams going into this type of game, because we know what is at stake. In the back of our heads, we know the (importance) of the game, so we know what we have to do," Smith said.

The player, who share the lead atop the goal scorers' chart with Arnett Gardens' Fabian Reid on seven goals, is confident his team-mates will continue to pose problems for opposing defenders and help where the goal scoring is concerned.

"For the last couple of games I haven't found the back of the net and other team-mates have stepped up, so the threat is all around, you have to look out for everybody. My threat is because I am leading the league in scoring, but other players have been stepping up and scoring important goals, so they have to be mindful of everybody and that is the threat we pose," Smith added.

"We are always looking for a positive result that is our aim. We will play our natural game but winning is always the priority," he added.

Portmore lead the table with 31 points, four more than their second placed opponents. Both teams are also on a similar run of form, with Waterhouse having two draws and five wins in their last seven games, while Portmore have drawn their last two after winning their previous five.